EFSA: For feed quality and against antimicrob...
EFSA

For feed quality and against antimicrobial resistance 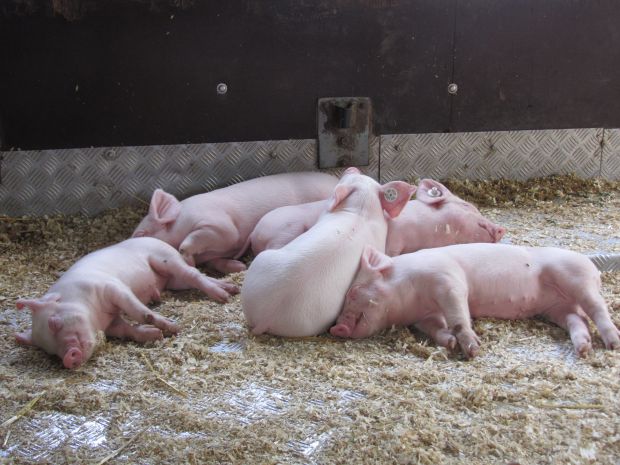 ITALY, Parma. EFSA has proposed modifications to the maximum levels of copper in feed for some animal groups. It recommends a reduction in the maximum copper content in feed for piglets, cattle and dairy cows, and an increase in feed for goats. The proposed levels would reduce the amount of copper released into the environment, which could potentially play a role in reducing antimicrobial resistance.

EFSA’s Panel on Additives and Products or Substances used in Animal Feed (FEEDAP) recommends that copper content in complete feed for piglets should not exceed 25 mg per kg (down from 170 mg/kg). The maximum content of copper in complete feed for dairy cows and cattle should be reduced from 35 mg/kg of feed to 30 mg/kg, the Panel says.

For most other animal groups the currently authorised upper levels are unchanged except for goats where the Panel recommends an increase.

The recommended levels are considered sufficient to satisfy the nutritional needs for copper of these animal groups.

The FEEDAP Panel’s work is based on an extensive systematic literature review and data collected from Member States and stakeholders.

The Panel estimates that the reduction of copper in feed for piglets would reduce the release of copper into the environment through manure by 20%.

In the scientific opinion, EFSA experts also suggest that reducing copper in feed could help to reduce antimicrobial resistance in pigs and in the environment. This is because some studies indicate – as one of several hypotheses – that the occurrence of antimicrobial resistance could potentially be linked to the genetic proximity of some antibiotic and copper resistance genes.