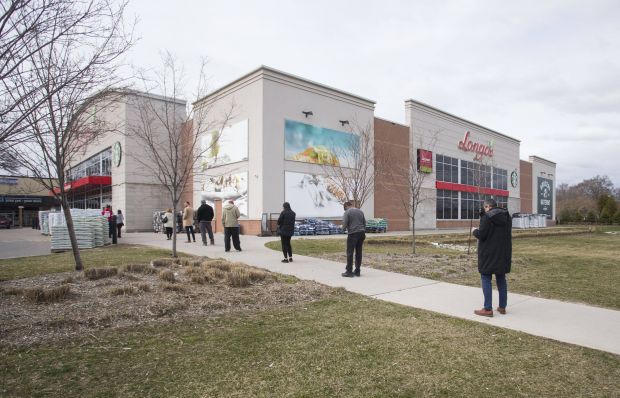 Photo: Imago Images / Xinhua
Physical grocery stores have a big challenge to encourage consumers to come back into stores and spend time inside.
Related Topics:

fleischwirtschaft.com — UNITED KINGDOM, London. The Covid-19 pandemic accelerated Canadian usage of e-commerce with online grocery being one of the main benefactors.
Facebook
Twitter

Latest research from Mintel, the expert in what consumers want and why, reveals that by mid-April, almost four in 10 (37%) Canadians were shopping more online, with 22% of Canadians specifically noting they were buying more groceries online due to Covid-19, including 10% of seniors (those aged 65+).

Physical grocery stores have a big challenge to encourage consumers to come back into stores and spend time inside. Mintel's research shows that as of mid-April, 70% of Canadian shoppers were making less frequent trips to the grocery store than usual and in the middle of July, 71% were limiting the time they spent in the store.

Consumers were also doing what they could to protect themselves: 67% said they were taking extra precautions when shopping in stores, e.g. wiping down their carts, keeping their distance from other shoppers. These protective behaviours are continuing, at the end of July, half (50%) of Canadians continue to be worried about the risk of being exposed to the virus, driving two-thirds (64%) of consumers to limit the time they spend in-stores.

Online trade No boom through Corona

The essential nature of food at home has not been lost, as of the beginning of May, almost half (48%) of consumers said they had made groceries a higher spending priority at the height of the pandemic, while over a quarter (28%) agreed that they were less-budget conscious than usual when it came to buying groceries. Shelf-stable products became a star performer, with 43% of Canadians saying they were buying more groceries that would stay fresh for longer like frozen, canned and boxed food.