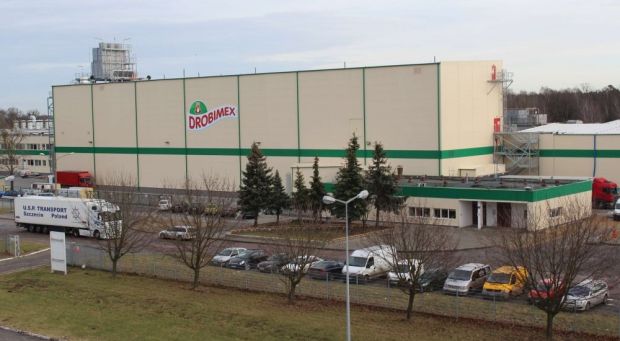 POLAND, Szczecin. Polish poultry meat producer and processor Drobimex managed to expand its production by 12% in the first half of 2019, and plans to increase its capacities in the coming years, according to senior company representatives.


"Recently, we completed the largest investment in the company's history to modernise and expand our facilities in Goleniow and Szczecin under a total investment worth about €65 mill.,"Klaus Roppel, the president of Drobimex's management board, said. "As part of this project, we were able to expand both production halls and fit them with the most modern technological lines owing to which we doubled our production. The multi-million investments carried out in the last decade allowed us to transform Drobimex from a small, local company into one of the leading poultry meat producers in the Polish market, and a competitive supplier to the European markets."

Drobimex exports its output to a number of foreign markets, and is currently in the process of securing permissions to sell its products in a number of new markets including China, Singapore, and Cuba. The meat business says that foreign sales continue to increase, with European markets dominating Drobimex's exports.

"Currently, about 80% of our production is intended for exports to more than 30 countries in Europe, Asia and Africa. Within the European Union, our products are delivered to, among others, the UK, Ireland, Germany, the Netherlands, Spain, Denmark, Austria, Slovakia, Bulgaria, Lithuania, and Malta," Roppel said. "We're also continuing to expand our exports to countries outside the EU. In Asia and Africa, our products are sold in, among others, South Africa, the Congo, Kuwait, Azerbaijan, Mozambique, Ghana, the Reunion Island, and the Seychelles. We also sell to Serbia."

Roppel added that further investment projects are underway, and the company never completes its investments as it plans to further increase sales in the coming years. "We continue to pursue our goal of optimising our production capacities and hygienic requirements. Currently, we're building a new facility to clean our transport packaging."

The Polish company's product range consists of hams, frankfurters, sausages, patés and ready meals. The meat business sells its products through a number of major retail chains which include Auchan, Carrefour, Real, Selgros, Netto, Lidl, and Aldi. Drobimex is also a major supplier of poultry parts to US fast food chain Kentucky Fried Chicken in the Polish market.