by Editor fleischwirtschaft.com
Wednesday, May 23, 2018 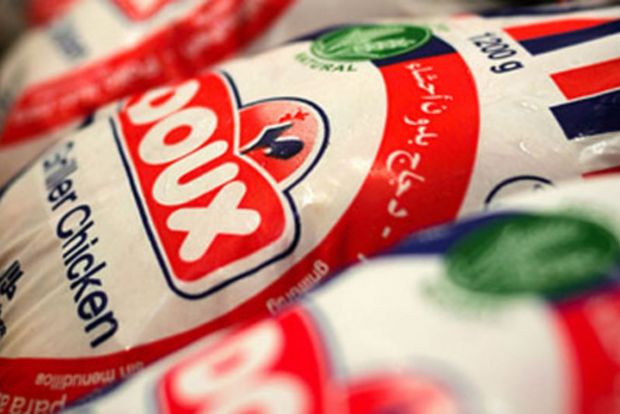 
Poultry firm Doux has struggled to compete against cheaper Brazilian chicken in its main Middle Eastern markets in recent years after the scrapping of European Union export subsidies. Its main shareholder, French agricultural cooperative Terrena, decided to seek buyers after Doux lost around €35 mill. in each of the past two years.

Under the proposals backed by the business court in Rennes, Al-Munajem, which was a client and minority shareholder of Doux, will take over a site supplying Doux’s traditional frozen chicken exports. LDC will take over a facility that makes processed food products, and plans to develop a new site to supply poultry to food industry and restaurant sectors in France.

The offers, which include a commitment by LDC to rehire workers from a Doux factory not being acquired, will secure up to 912 jobs, the French economy ministry said in a statement.

LDC said it will invest €60 mill. in the assets it is acquiring, mostly the planned new factory. LDC and Al-Munajem have also agreed to form a joint company with Terrena and local partners including the regional authority in Brittany to provide supplies for poultry farmers in northwest France who work with Doux.

The court preferred LDC and Al-Munajem’s offers to a proposal by MHP, a leading poultry producer in Ukraine. MHP had said it would invest €76 mill. and also develop a new site but its plan maintained fewer jobs.

Doux had been placed under court protection last month under accelerated insolvency proceedings to help secure a buyer.