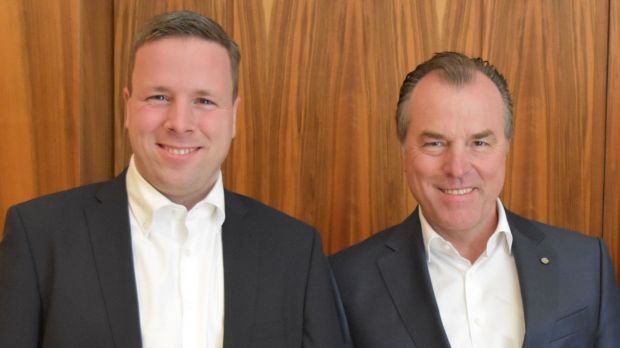 Robert Tönnies (left) and Clemens Tönnies after the out-of-court settlement in 2017.

GERMANY, Bielefeld. The longstanding dispute between Clemens Tönnies, the 63-year-old boss of the meat company Tönnies, and his nephew Robert (41) has again broken out with full force.


Robert Tönnies, the younger son of the company founder Bernd Tönnies, who died in 1994 and holds a 50% stake in the group, has issued a temporary injunction against the takeover of two plants of the federal meat processor Bell announced in June by the largest German slaughter company.

This was reported in the Monday edition of the daily newspaper "Neue Westfälische" published in Bielefeld. In order to still prevent the business, Tönnies filed an application for a temporary injunction against the Tönnies Holding and three managing directors - including his uncle - at the Bielefeld Regional Court.

Specifically, this concerns the previous Bell locations Suhl in Thuringia and Börger in Emsland with a total of around 400 employees. Robert Tönnies is against the purchase and feels that the decision has been ignored. It is an investment with a volume of € 15 mill., which he considers a burden on the group.

For more than five years, the Tönnies feud smouldered, which was carried out publicly in several court cases and attracted nationwide attention as the "Battle of the Butchers". Among other things, the nephew, who felt excluded from the management of the company, had tried to gain a say in the matter that corresponded to his shareholding in the company. In April 2017, the counterparts then agreed on a "peace treaty," according to which Clemens and Robert Tönnies, along with five other managers, would move into an advisory board that would be consulted on important decisions.

The Tönnies Group reacted "puzzled and surprised " to the injunction. After all, the decision to take over the company was taken unanimously by the management of Tönnies Holding and did not require the approval of the advisory board, according to company sources.