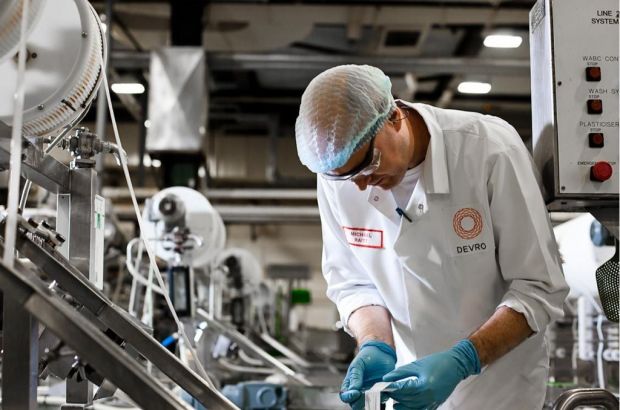 SCOTLAND, Moodiesburn, Chryston. Asian and Russian market growth proved to be profitable for casings manufacturer Devro in the first half of the year, but China has been tipped by the business to be the source of future success.


In its half-year results to 30 June 2017, the company posted an 11% rise in revenue, driven by a 7% rise in volume sales during the period. It also benefited from exchange rate fluctuations, but rising costs did affect the growth in revenue. The business saw volume growth in China, south-east Asia and Russia, but experienced declines in Latin America due to supply shifts between plants in that region.

This Latin American decline, a 35% volume sales drop, had been anticipated by the board. Its North American volume sales were in line with the first half of 2016, yet some concern has been expressed with the time it is taking to take advantage of growth opportunities.

However, China is seen to be the main source of future growth for the business. Devro’s volumes sales in the region grew 125% in the period, with the growth bolstered by the opening of a new plant in China during this half year. With the region earmarked by Devro as one of sales growth potential, the business is working its product range to help overcome pricing issues that have been caused by recent oversupply.

In Asia-Pacific, Devro’s Japanese division saw a 5% volume sales growth, driven by an expansion of sales in non-meat categories, while south-east Asia saw a massive 40% growth in volume sales.

Its Australia and New Zealand volume sales dropped 3%, which was attributed to a lower demand in what are seen as mature markets.

In Europe, Devro’s UK and Ireland volume sales grew 6% on the first half of 2016, while its Continental business remained static. Russia was where it saw the most gains, with a 19% volume sales growth, building on sales success in the second half of 2016 with an extended product range.

Other operational highlights for the period included the progression of the Devro 100 programme which focuses on growing revenue through upgrading sales capabilities, improving manufacturing efficiencies to reduce unit costs and introducing the next generation of differentiated products. New products will be introduced during H2 as planned.