by Editor fleischwirtschaft.com
Monday, May 04, 2015 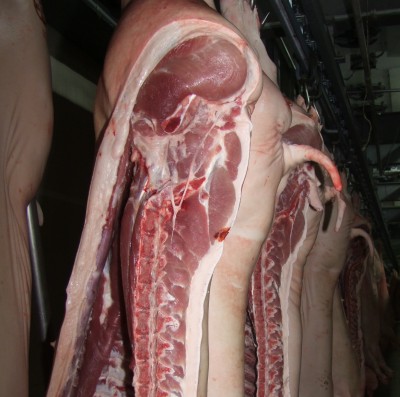 DENMARK, Copenhagen. Denmark slaughtered around 250,000 fewer pigs in 2014 compared to 2013, according to new data from the Danish Agriculture and Food Council (DAFC/Landbrug & Fødevarer) based on figures supplied by the Danish Pig Producers association (DPP/Danske Svineproducenter).

However, there were some exceptions. SB Pork, the German-owned and Denmark-based company, slaughtered 122,000 more pigs at its Slagteriet Brørup meat processing facility in 2014 than it did in 2013, taking advantage of healthier European market demand, particularly in Denmark and in Germany.

According to Karsten Flemin, a senior industry adviser at the DAFC, the weaker figures for 2014 also reflect a "significant" fall-off in the export of piglets, which were badly impacted due to the Ukraine crisis centred trade sanctions affecting EU meat exports to Russia imposed by Moscow, which are unlikely to be lifted soon.