Quality starts with the raw materials 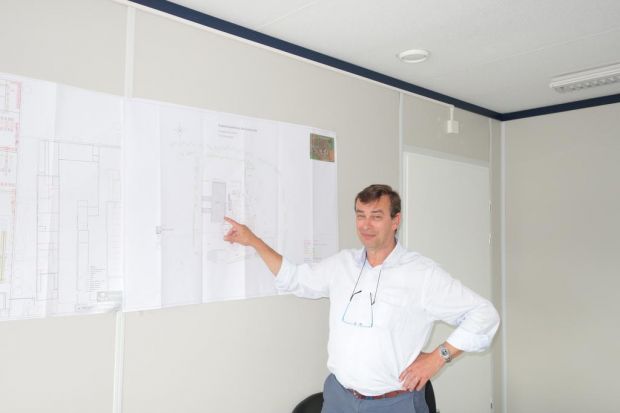 
Based in Ruiselede in Flanders (between Bruges and Ghent), Luc De Lille specialises in the processing and marketing of healthy and tasty pork. The CEO of Exportslachthuis De Coster is aware of the animal welfare and environment-related challenges on the one hand, and competitive conditions on the other. The company is part of the Danis Group, which covers the entire meat industry chain, including everything from feed, pig breeding, slaughtering and cutting through to marketing. This gives De Coster access to raw materials from its own group.


In pig fattening, the group relies not only on the "standard" programme, i.e. the fast slaughter of the animals after six months. Back in 2004 the Flemish company introduced the "Duke of Berkshire", one of the oldest pig breeds from the United Kingdom. The animals are kept on straw by Danis and its contract farmers. The meat speciality is aimed at customers of the upmarket catering trade as well as butcher's shops. Processed products such as the different types of cooked ham popular in Belgium have also been successfully launched under the brand. "Slagersvarken', on the other hand, is a pure "butcher's pig" bred from a Piétrain boar. It is characterised by its high meat quality, low fat content and good water binding capacity.

Craft butchers are supplied via meat wholesalers. The specialist shops are provided with marketing materials to help boost sales.

De Coster slaughters a total of around one million pigs each year, of which around 110,000 are "butchers' pigs". Plans were submitted to increase the total capacity to 1.2 million, and these have now been approved. The company recently invested around EUR 3.5 million in new pens, cutting and cold storage rooms.

Exportslachthuis De Coster is a subsidiary of the Belgian Danis Group. The family business is now in its third generation.