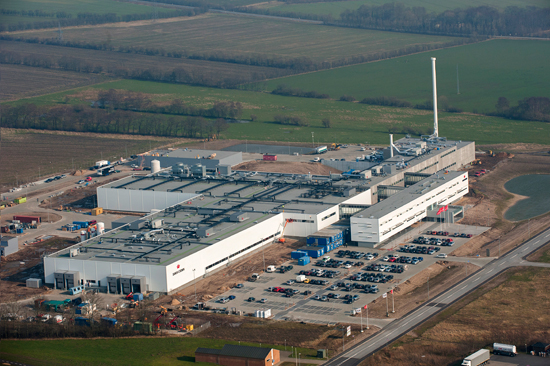 Despite an hour-long stop in production, 547 cattle were slaughtered. This represents the highest number of animals slaughtered in a single day at the new plant. The company attributed the delay to problems with the computers that control the machinery.

Per Svane Knudsen, plant manager, said the plant is almost two-thirds of the way towards operating at full capacity. The goal is to slaughter 900 head of cattle per day.
In addition to slaughtering, processes such as cutting and deboning, the mincing line and the packing department are all in full swing, so the entire production is up and running.

Following the recent closure of the old factory in Holstebro and the partial closure of the plant in Skjern, manning is almost in place. At the moment, a total of 172 production employees are working in Holsted.

In May 2012, Danish Crown's board of directors approved an investment of approximately $88,257,480 to build Holsted facility. The plant is the first large cattle slaughterhouse to be built in Denmark for almost four decades.
You can buy the rights to this article here.
Source: Danish Crown