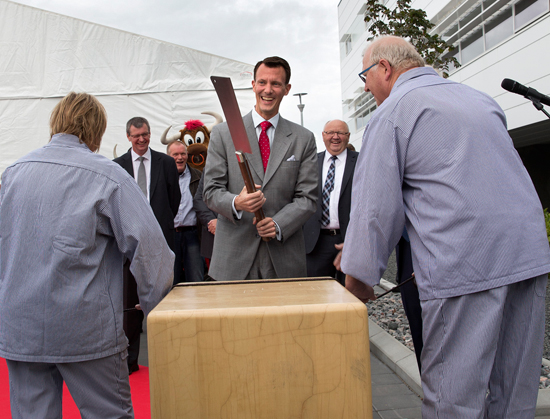 Danish Crown celebrated the official opening of the company's beef slaughter facility, the first to operate in Denmark for several decades, according to the company.

The facility is the part of the legacy of Lorenz Hansen, CEO of DC Beef. Hansen is retiring at the end of September.

Roughly 220 people attended the festivities, including Prince Joachim of Denmark. Prince Joachim wielded a meat cleaver instead of the tradition scissors, while the ribbon was replaced by a leather strap across a chopping block.