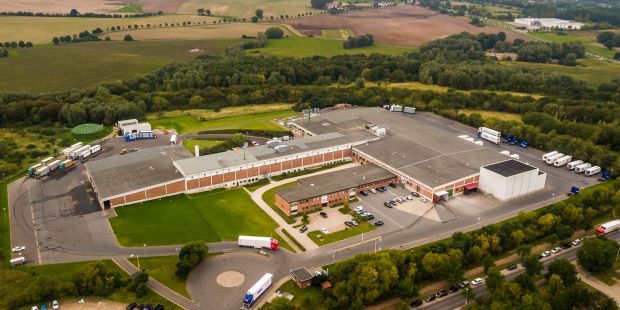 Danish Crown is discontinuing its pig slaughtering operations at its Teterow site in the Rostock district.

GERMANY, Teterow. The Danish Crown (DC) meat group is discontinuing its pig slaughtering operations at its Teterow site in the Rostock district. A spokesman for the Danish company explained that difficult market conditions had led to this management decision.


Thus also the national guild federation of the Fleischerhandwerks in Mecklenburg-Western Pomerania estimates the situation. "Our federal state is probably the first without a slaughterhouse”, said managing director Torsten Gebhard in the discussion with the afz – allgemeine fleischer zeitung. The stock of pigs can be seen, according to Gebhard. According to the livestock count of the Federal Statistical Office in May of this year, there are 788,100 animals in the country on the Baltic Sea. The news is also not good news for the butcher's shop in Rostock. The cooperative's range of products has so far scored points for its short distances, regional character and freshness.

The fact that the internationally operating slaughtering and cutting group does not want to bring any more pigs to the hooks from the end of August on, meets with incomprehension.

High prices for the raw material pig do not only challenge Danish Crown. A few weeks ago, top management rated the half-year results as "a respectable result". However, the ambitious targets were not met and the Danes therefore decided to implement a tight cost-cutting programme. In the current 2018/2019 financial year, for example, around € 350 mill. are to be saved across the Group and 300 to 400 jobs are to be cut. In the first six months of the financial year, the profit from operating activities, at around € 143.29 mill., fell short of the previous year's figure. In January 2019, CEO Jais Valeur spoke of a tough battle for slaughter pigs in Germany and the advance of the Spanish slaughter industry. On the domestic market, DC has provisionally cut 175 jobs at the Horsens site because the supply of slaughter pigs has recently become increasingly scarce.

However, Danish Crown is not leaving Teterow completely, as the slaughter of cattle and their processing and marketing are to be combined and concentrated there. According to DC Sales Manager Ralf Heisterkamp, new processing and value-added opportunities are to be developed for this purpose.

DC took over Teterower Fleisch GmbH only in April 2017 and assured the continued existence of the slaughterhouse at that time. At that time both the butchers and the head of the agricultural department in Schwerin, Backhaus, were relieved that the company would remain a reliable marketing partner with short transport routes for the slaughtered animals from domestic production.

According to DC managing director Kay Rohloff, there will be only limited layoffs among the core workforce because the company wants to offer the affected employees a different job at the Teterow site. Employees who are no longer employed receive support measures such as applicant training. On the other hand, around 50 employees have to leave the plant in the contract for work and services. The talks are to take place promptly.

The end of pig slaughtering in Mecklenburg-Western Pomerania presents agriculture with major problems. Many farmers invested in new stables that meet the criteria for more animal welfare. This also includes short transport distances.

Vion operates the nearest slaughterhouse in Perleberg, Brandenburg. The distance there is about 130 kilometres. The slaughterhouse maintained by Tönnies in Kellinghusen in Schleswig-Holstein is about 250 kilometres away via the A20 Baltic Sea motorway.

The nearest slaughterhouse in Szczecin, Poland, is no alternative, especially from the Vorpommern region. Across the border, there is a fight against the spread of African swine fever. Only at the beginning of July did a new outbreak occur with more than 1,700 animals in the Warmia-Masuria voivodeship in the east of the country.