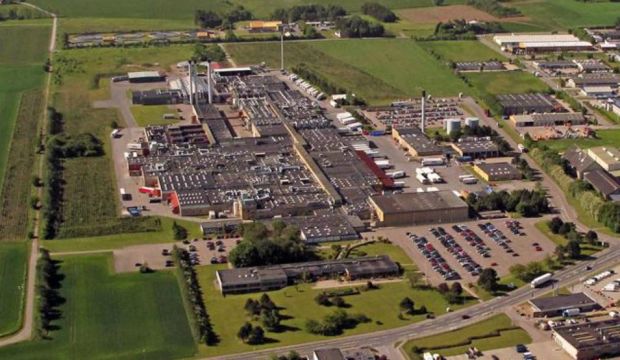 fleischwirtschaft.com — DANMARK, Randers. A paradoxical situation is now resulting in Danish Crown scaling down activities at its abattoir in Ringsted.
Facebook
Twitter

Over the past few months, the supply of pigs has increased, but the increase has been lower than expected. Therefore, the employees at our Danish facilities have experienced too few pigs to guarantee a full working week.

As a direct consequence, the Supervisory Board of Danish Crown Pork has announced that the night shift at the abattoir in Ringsted will close. Here, 140 permanent employees will be affected when the weekly slaughtering of 11,500 pigs at night stops on 1 June. About 70 of the employees who are being made redundant will be offered employment as holiday reliefs up until September. Ringsted employs around 900 people at all, Danish Crown around 25,000 people.

“It's with great regret that we've made this decision, but unfortunately it is a necessary step. I'm sorry that we have to say goodbye to so many highly skilled employees, who have worked hard since we started the extra night shift last summer. They have done a great job, as have their colleagues who helped to train them.” says Per Laursen, Vice President Production at Danish Crown Pork.

In May last year, Danish Crown launched an ambitious growth package to halt the decline in the supply of slaughter pigs. The plan has succeeded, and since 1 October the company has seen a 2.5% increase relative to the previous year – however, the night shift was established on the assumption of a 5% increase.