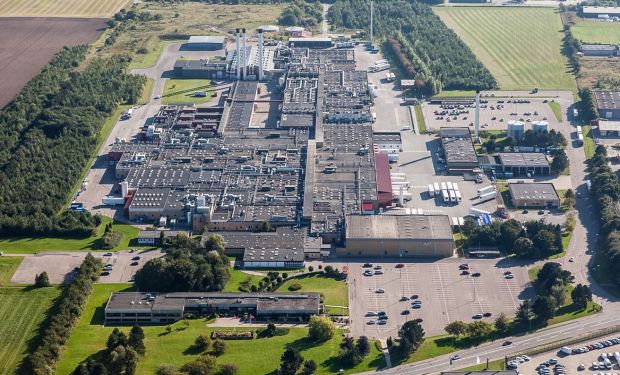 Next week, all employees in Ringsted will be tested twice again.

DENMARK, Ringsted. Danish Crown follows the plan to resume work in Ringsted today and on the same day the employees at Danish Crown's slaughterhouses in Horsens and Blans will have the opportunity to be Covid-19 tested.


On Monday, 576 employees at the slaughterhouse in Ringsted were tested. Among them, two new cases of Covid-19 were found. On wednesday, about 450 employees were tested for the third and final time, but the result of that test will not be known until today.

„The result of the test on Monday clearly shows that it was right to carry out a third test round before we start up again. Now employees can go safely to work. To protect us as best we can, the test program will continue in the coming weeks. New infections may still appear in the test from Wednesday, but it is important to keep in mind that those who were tested on Wednesday were also tested on Monday, so I feel that we are in a good place,“ says Per Laursen, production director in Danish Crown Pork.

„We have worked for a long period to create an opportunity to test our employees at our Danish factories. Now it has succeeded in collaboration with the regions and a private player to start with two slaughterhouses, and then the plan is to expand it to the remaining factories,“ says Laursen.

The employees at the two slaughterhouses are tested in groups together with their department. The expectation is that the test results will be ready on Monday. After this, a decision will be made on the future test strategy.

„We start with two slaughterhouses to create a baseline from which we can make future decisions. Therefore, the results from Blans and Horsens must help to create an overview of the test needs at our other production facilities. This applies in relation to whether we have to test all employees at a sample level or according to a completely third model in the future,“ says Andreas Friis, HR director at Danish Crown.