From Editor fleischwirtschaft.com
Thursday, May 04, 2017 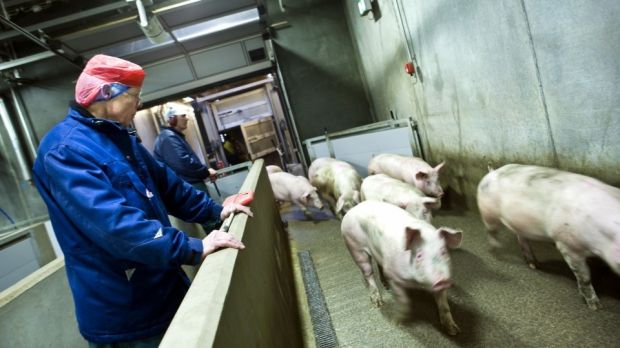 DENMARK, Randers. Danish Crown will pay extra money per kilogram of pork delivered to its abattoirs as the meat processor aims to reverse a supply decline that could hit jobs.


Existing farmers selling pigs to Danish Crown, one of the world’s largest pork exporters, will receive an extra DKK0.50 per kg of meat as part of a major growth package incentivising farmers to produce more pigs in Denmark.

Danish Crown’s CEO Jais Valeur said the company’s position as a leading pork exporter had come under pressure with the firm struggling to supply the large volumes of meat demanded by overseas markets. “Plenty of pigs are being born on Danish farms, but far too many of them are being exported,” said Valeur.

Alongside Danish Crown’s growth package for existing farmers is a subsidiary scheme for new producers of weaner pigs specifically for the UK market. Further to this, Danish Crown is ready to pay DKK0.30 per kg to new suppliers of slaughter pigs, who will also have access to free advice services.

Denmark is widely considered to operate an excellent pig breeding operation. But all these gains have not been fully enjoyed by Danish slaughterhouses, as record-breaking numbers of piglets are being exported to Germany and Poland. Slaughter numbers in Denmark of all finished pigs and sows for the first nine weeks of 2017 are down over 8% year-on-year, according to Seges Pig Research.

As Danish Crown’s strength is linked intrinsically to its export capability, a decline in volume could be potentially detrimental to the company. And, as such, the meat processor has taken action to encourage farmers to produce more pigs. The growth package has been described as a win-win by Danish Crown’s chairman Erik Bredholt, who said he had high hopes for the initiative. Farmers can make use of the new scheme as of 2 May 2017.