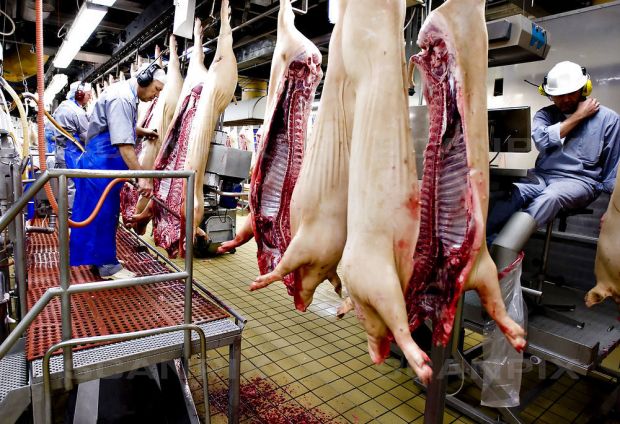 fleischwirtschaft.com — DENMARK, Randers. According to an assessment by Danish Crown (DC), the company sees potential benefits of the recently concluded free trade agreement between the EU and Japan.
Facebook
Twitter

The agreement is positive for DC in every way. The management sees a potential for increasing exports. They believe that it may lead to better prices for DC’s products to the benefit of the Danish farmers, and over time it is the management’s clear hope that the company may be able to create 100 to 300 new jobs in Denmark, said Jais Valeur, Group CEO of Danish Crown.

Pork exports from Denmark to Japan began in the mid-1970s and really took off in the 1980s. Until now, a complex Japanese customs system has prevented DC from expanding its collaboration with its Japanese customers. The free trade agreement creates better opportunities for exporting high-quality specialty products to Japan.

DC already has a foothold in the Japanese market which is supplied from the abattoir in Ringsted, Denmark. Now the company’s task is to increase sales and strengthen customer relationships, and fortunately the Japanese market has already indicated its interest in doing so, said Jais Valeur.

The free trade agreement not only opens up new opportunities, but it also helps to safeguard exports which last summer appeared to be challenged by abattoirs in the USA and Brazil. Back then, the USA had just closed the TTIP free trade agreement with Japan, among other countries, and EU negotiations with Japan had stalled. President Donald Trump has since then scrapped the agreement, and now the EU has successfully closed its own agreement.

DC has in fact overtaken its largest competitors. The management would therefore like to praise officials in Denmark and the EU, and not least the European Commissioner for Agriculture Paul Hogan, who have spent thousands of hours on securing the deal. They have given DC fantastic opportunities for increasing its exports to Japan. Now it is up to DC to exploit them, said Jais Valeur.

The Japanese market already accounts for a considerable share of DC's streaky bacon and brisket sales. Last year the company exported more than 100,000 t of pork to Japan.