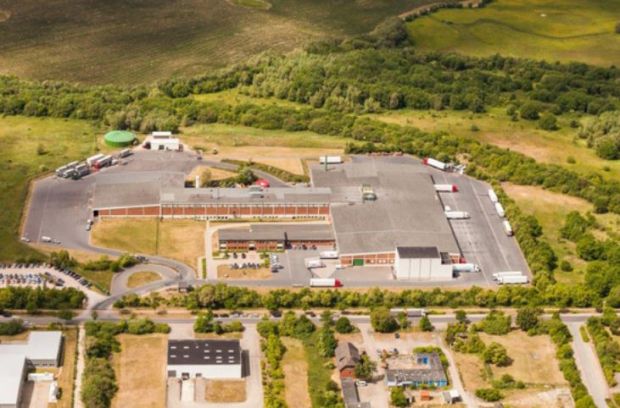 Teterower Fleisch in Mecklenburg-Vorpommern, a federal state in what was formerly East Germany, has an annual turnover of 150 million euro, slaughters 110,000 cattle annually, has 187 employees and is privately owned. Close to 20% of the cattle slaughtered by Teterower Fleisch are organic. The company also slaughters pigs and lambs, but the focus is on cattle.

“The German business ties in beautifully with Danish Crown’s new 4WD strategy. We want our beef division in particular to grow and to account for a larger share of Danish Crown’s total activities – while at the same time focusing more on organic products and value adding”, says President and Group CEO Jais Valeur.

Today, Danish Crown’s beef division also has significant slaughtering activities in the north German city of Husum, where almost 90,000 animals are slaughtered annually. Following the takeover of Teterower Fleisch, the plan is to run Danish Crown Beefs existing slaughterhouse activities in Husum and the newly acquired business as an integrated unit, focusing on specialisation and on utilizing synergies in the international markets that both companies serve.

In conjunction with the unveiling of the new five-year strategy plan for the group at the beginning of November, Danish Crown’s top management announced that Denmark, Sweden, the UK and Poland had been designated the company’s natural home markets – while Germany no longer had the same status. In this light, the acquisition of a slaughterhouse in Germany may seem surprising, but there is a good explanation.

“More than half of Teterower Fleisch’s sales actually take place outside Germany, for example in markets where Danish Crown Beef sees considerable growth potential – including Sweden and southern Europe. So its geographical location is just a starting point for ensuring the supply of good raw materials for all Danish Crown Beef’s markets. In Germany, we have been successfully selling beef, but as a niche supplier of high-value meat to industrial customers and the foodservice market. This is a position that we can now consolidate and develop further. On the other hand – and completely in line with the 4WD strategy – we have decided not to enter the highly competitive German retail sector, at least not directly. We do not believe we can make money there”, says Finn Klostermann, CEO of Danish Crown Beef.

Teterower Fleisch’s local management team will stay in place as a way of maintaining the company’s strong local connections – but will be supplemented with management resources from Danish Crown Beef. The agreement on the acquisition of Teterower Fleisch has been reported to the German federal cartel office (the Bundeskartellamt), which must approve the takeover before it can be finalised.