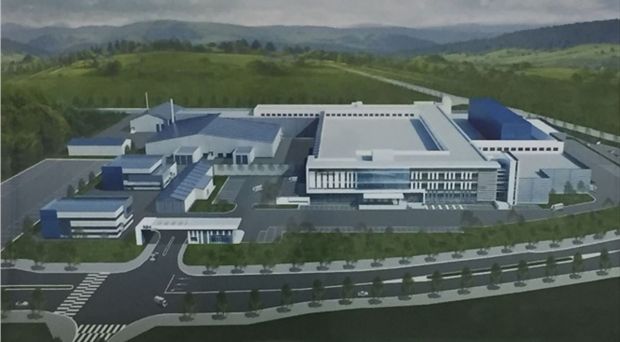 DANMARK, Taastrup. Daejeon Chungnam Pig-Farmer Cooperative (DC) plans to establish a 40,000 m² new slaughterhouse for 3,000 pigs and 300 cattle per day near Cheonan, South Korea. It will become the workplace of 400 employees. DC is a major pig producer and the owner of butcher shops and restaurants in South Korea.


The facility is planned to start operating at the end of 2018, meeting all modern demands and standards. DC has engaged DMRI and Haenglim Architecture & Engineering to facilitate the project.

The capacity of the plant is planned to process 3,000 pigs and 300 cattle per day with the possibility of expanding with a processing department. The site will offer space of around 85,000 m²; the buildings will take around 40,000 m².

The construction works are planned to start in the early spring of 2017 and by the end of 2018 the production will start up.

The slaughterhouse will comply with the standards of the European Union and the United States of America for slaughtering, cutting, de-boning and hygiene for producing quality meat products for Korea. Facilities will be made for the collection and separation of animal by-products according to the EU by-product regulation “Health rules concerning animal by-products not intended for human consumption” EU 1774/2002.

Equipment and processes will be chosen according to the EU environmental standards for slaughterhouses, BREF (11.03) "Best Available Techniques in the Slaughterhouses and Animal By-Product Industries". Media consumption and emission will be within the ranges stated in the EU BREF. Transport of products to and from the slaughterhouse will be made from the main roads east and south of the site.

The most odorous departments such as lairage and the first part of the slaughter line will be placed at the west end of the site. The odor will be collected from the ventilation system from all facilities and send through a bio filter before the cleaned air is send up in the air. This will ensure that the odor concentration caused by the slaughterhouse will be at an acceptable level.