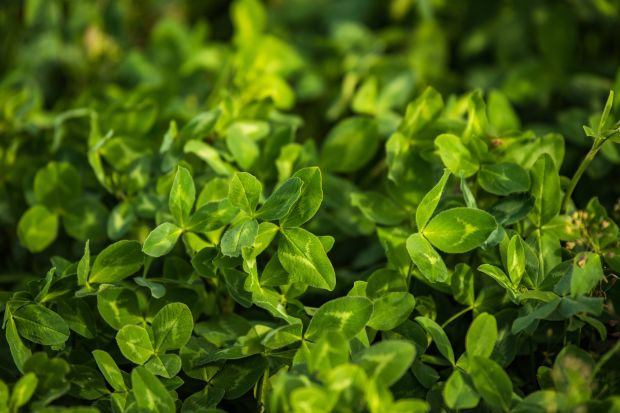 The bioreactor will run on clover grass.

DENMARK, Copenhagen. In Denmark, the first commercial biorefinery for the production of plant protein will soon commence operations.

As part of the project, which is funded by the Copenhagen Ministry of Agriculture with the equivalent of 1.9 million Euros, the DLG Group and its partners will produce proteins from clover grass that will initially replace imported soy in animal feed. Later, the company also plans to produce raw materials for human nutrition. Together with Arla Foods, Danæg and Biotest ApS, the DLG Group is investing a further 2.8 mill. €.

According to the agricultural department, the new plant will initially produce around 4,000 t of protein per year, which will replace conventional protein feeds in chicken and cattle farming. In addition, there will be around 25,000 t of residual substrate rich in crude fibre, which will also be suitable as feed for ruminants. The area requirement is estimated at around 2,000 ha of clover grass and lucerne mixture. The companies involved have not yet announced a location for the refinery.

However, special attention will be paid to groundwater protection in the selection process. This is also to apply to raw material production, which according to the ministry will be carried out entirely according to ecological criteria, i.e. without mineral fertilisers and chemical plant protection. The Agriculture Minister, Mogens Jensen, emphasised the long-term importance of the project for the domestic supply of plant proteins. By utilizing previously untapped protein sources, soy imports could be completely or partially replaced. According to Jensen, Denmark is thus also making a contribution to the protection of valuable natural areas in the countries of origin and strengthening regional value chains.