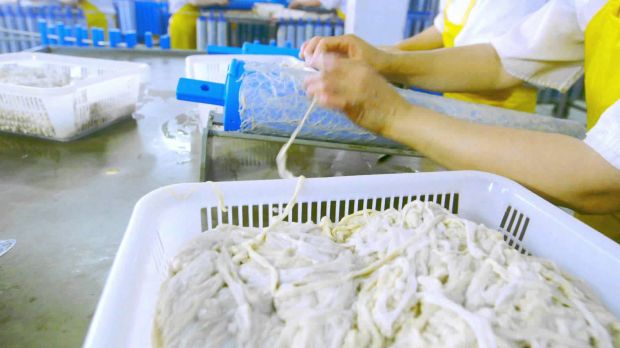 DENMARK, Copenhagen. Through the acquisition of four companies in Brazil, Chile and Colombia, DAT-Schaub – a Danish Crown subsidiary and a market-leading supplier of natural casings for sausage and salami production – has secured a strong and broadly-based sales and production organisation in South America.


As the first company in the Danish Crown group, DAT-Schaub is now firmly established in South America after acquiring a controlling interest in the companies, Insuban Ltda and Indexna S.A. in Chile, Tricolsa S.A.S. in Colombia and ESB in Brazil.

DAT-Schaub is also acquiring a majority interest in the Spanish company Agrimares society, S.L., which will strengthen DAT-Schaub's existing activities on the Iberian Peninsula.

In addition to sales organisations in Chile, Colombia, Brazil and Spain, DAT-Schaub will also have access to South American raw materials, as the four companies all have their own production facilities.

The local managements in all the companies will stay on. Also, Manuel and Daniel Cespedes, from the founding family of Agrimares society S.L, and Daniel Berlitz, shareholder in ESB, are going to retain an ownership interest in their respective companies, thereby ensuring that Dat-Schaub has a common interest in developing the companies through organic growth in the various markets. It's a model the company has successfully used before.

Significant growth, both organic and through acquisitions, is a clear objective in Danish Crown's 4WD strategy. The company takes over the shares in the five companies with immediate effect.