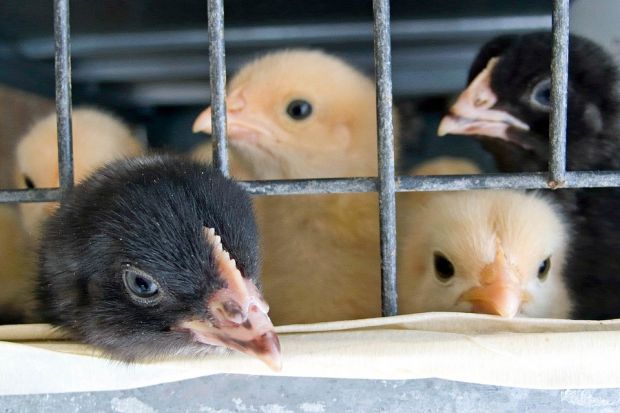 Male chicks are killed shortly after hatching. According to the court, this affected about 45 mill. chicks in Germany in 2012.

GERMANY, Leipzig. The Federal Administrative Court in Leipzig has confirmed the mass killing of male chicks in laying hen breeding as legal for the time being. Criticism of the verdict is high. Federal Agriculture Minister Klöckner sees it as the duty of business to put an end to the controversial practice quickly.


The economic interests of the hatcheries alone are not a reasonable reason in the sense of the Animal Welfare Act. Until alternatives are available, however, the continuation of the practice is still lawful, is the verdict of the Federal Administrative Court in Leipzig on Thursday.

The federal court confirmed in the result thereby decisions several Vorinstanzen, which considered the killing of the newborn male chicks just as permissible. Until the introduction of alternative methods for sex determination in chicken eggs, hatcheries are allowed to retain the controversial practice.

The state of North Rhine-Westphalia had intended to stop chick killing by decree in 2013. Since then, hatcheries have complained about this because the eggs hatched there come from breeding lines that are geared to a high laying performance. The argumentation was that animals from these breeding lines are not suitable for fattening. Male chicks are therefore killed shortly after hatching. According to the court, this affected about 45 mill. chicks in Germany in 2012.

Without a transitional period, the hatcheries would be forced to make it possible for male chicks to be reared at great expense and then, probably shortly afterwards, to set up a procedure for sex determination in the egg or to convert their operation to the hatching of eggs from improved dual-purpose lines, the Court of First Instance stated in its reasoning. The avoidance of such a double conversion is, in view of the special circumstances, a reasonable reason for temporarily continuing the previous practice.

Federal Agriculture Minister Julia Klöckner (CDU) once again spoke out against the mass killing of male chicks: "Killing chicks is not ethically justifiable and must be stopped as quickly as possible", Klöckner announced.

Klöckner regards as a "breakthrough" a research project on sex determination in hatching eggs, in which female chicks are hatched and male chicks are not, which was already funded under her predecessor Christian Schmidt. The Minister was convinced that this method was already being used in practice, was on its way to series maturity and would "soon be available to hatcheries across the board". Alternatives to chick killing would therefore be available and would have to be applied. Klöckner believes that companies and associations have a duty to "become active soon". She announced that business representatives and scientists would be brought together "promptly" at a round table.