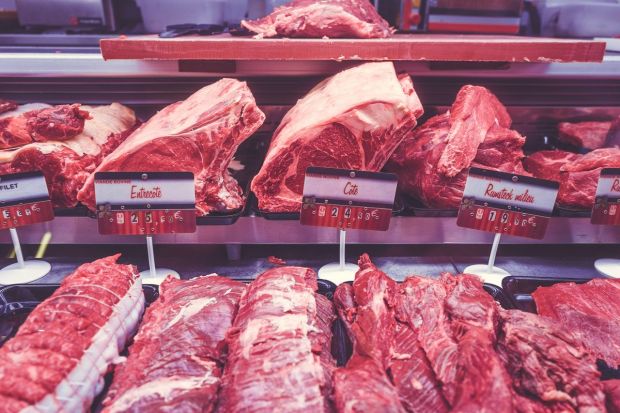 The FAO Meat Price Index in February was down 2% from January.

ITALY, Rome. World food prices declined in February for the first time in four months due to a sharp drop in the export prices of vegetable oils, partly driven by fears that the coronavirus (COVID-19) outbreak will slow global demand.

The UN Food & Agriculture Organization's (FAO) Food Price Index, which tracks monthly changes in the international prices of commonly traded food commodities, averaged 180.5 points in February, down 1.0% from the previous month but still 8.1% higher than a year earlier.

The FAO Meat Price Index averaged 178.6 points in February, down 2% from January, marking the second month of decline following 11 months of moderate increases. At this level, FAO said the index value was 15.9 points (9.8%) above the corresponding month last year.

“In February, international prices of ovine meat fell the most, followed by bovine meat, primarily due to reduced imports by China, reflecting delays in cargo handling in ports, which, in turn, led to stock build up in major exporting countries,” FAO reported. “Drought-induced slaughter in New Zealand also weighed on international quotations for ovine meat.”

Further, FAO said current import demand for pig meat eased from its earlier highs, but some supply tightness in Europe has caused prices to rise marginally. Poultry meat prices have come under slight downward pressure due to reduced purchases by Asia.

FAO also issued a new "Cereal Supply & Demand Brief" in which the agency raised its estimates for 2019 world cereal production to 2.719 bn. t due to higher maize output in West Africa and Ukraine. The body also forecasts world trade in cereals to rise 2.3% to 420 mill. t in 2019-20, the second-highest level on record, with wheat shipments accounting for more than half of the expected increase.