Coronavirus What is happening on the pork market in Italy? 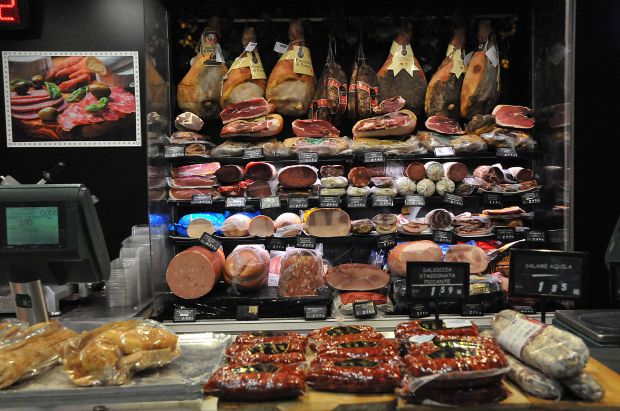 fleischwirtschaft.com — UNITED KINGDOM, London. It seems that Italy is being hit particularly hard by the coronavirus outbreak. Unfortunately, there is no official data concerning slaughter, trade and domestic demand for some time. However, there are some early indications about how the disease is affecting the supply chain in Italy.
Facebook
Twitter

Reports from AMI, an agricultural market information company in Germany, suggest that progression of the coronavirus is unsettling the market for slaughter pigs across Europe. Many borders are closed, as are restaurants, and major events are cancelled. Across Europe, companies slaughtering pigs are therefore extremely cautious. Farmers are trying to market their existing slaughter pigs as quickly as possible, resulting in pressure on prices.

Italy is being hit hard

In Italy in particular, slaughter companies and the meat processors have significantly reduced their production. Farmers are finding it hard to market remaining pigs and transportation is sometimes difficult. Price falls are expected. However, the industry is still operating.

According to Italian farming union, Coldiretti, from a legal point of view, goods are supposed to move normally. There are border checks that can slow down trade, but they are not stopping the free movement of goods, only people.

As with many European countries, Italy relies on labour from other countries. So, the restriction on the movement of people is causing difficulties. Although the restrictions introduced do not prohibit travel for work reasons, movements allowed into the country have to be accompanied by a self-declaration form. However, there is apparently a strong risk of a labour shortage as increasingly people are refusing to work due to fear of possible infection from other people.

The situation concerning government compensation is as yet unclear. A general fund of € 25 bn. has been outlined for the upcoming months, but not sector specific details. At the moment, the only measures seem to be the suspension of deadlines for compliance, payment of taxes and social security, and welfare contributions.