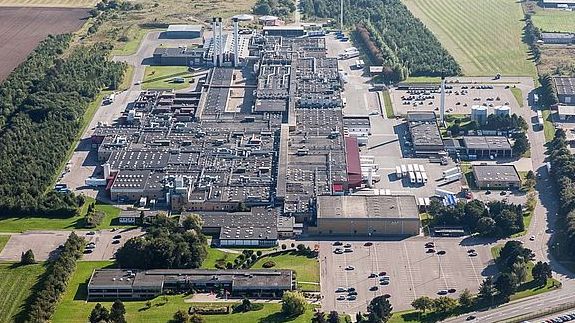 Danish Crown's slaughterhouse in Ringsted will remain closed for longer.

DENMARK, Randers. The Ringsted site, which was forcibly closed by Danish Crown (DC) last week because of Corona, could not resume operations this week, contrary to initial reports.

As the company announced, production is not expected to start again until next Friday. It is also foreseeable that it will not be possible to slaughter at full capacity by then. Instead, the company management expects that the slaughter line will only run at half capacity in the first few days, also due to the loss of many employees. This would correspond to about 17,500 slaughter pigs per week.

According to Danish Crown, extensive tests since last week have shown that 160 of about 850 employees at the Ringsted slaughterhouse have been infected with Covid-19. However, according to DC Production Manager Per Laursen, management now wants to wait for second and third tests on the remaining employees to be carried out to be absolutely certain that the rest are virus-free before resuming production. In order to compensate to some extent for the losses in Ringsted, the slaughter numbers at other sites have been increased, Laursen reported. However, as this is not enough, there are currently about two slaughter days behind.