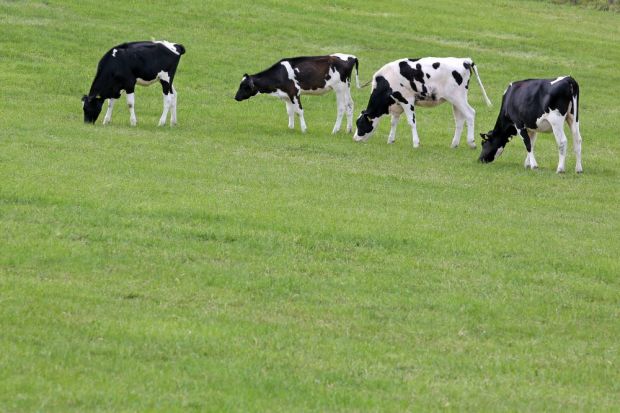 According to FLI, these results indicate that cattle are only slightly susceptible to Sars-CoV-2 and do not pass on the virus.

GERMANY, Greifswald. To better understand the potential role of farm animals in the corona pandemic, infection studies are being conducted at the Friedrich-Loeffler-Institute (FLI) on the Isle of Riems.


As FLI announced, the world's first experimental study in cattle shows a low susceptibility to Sars-CoV-2 and the results have been published on the preprint server for biology "bioRxiv".

According to the scientists, the zoonotic corona pathogen has the ability to infect not only humans but also animals. Thus, these were a potential source of risk for humans. As part of its legal responsibilities, the FLI explained that after experiments on the susceptibility of pigs, chickens and guinea pigs, cattle have now also been tested for susceptibility in an experimental study with Sars-CoV-2.

According to the Institute, the animals were infected with the pathogen via the nasal mucous membranes. While no virus replication could have been detected in pigs, chickens and guinea pigs, two out of six cattle would have shown low virus replication and the subsequent formation of antibodies. The other four infected animals would not have shown any signs of infection, nor would three additional contact animals have been infected.

According to FLI, these results indicate that cattle are only slightly susceptible to Sars-CoV-2 and do not pass on the virus. Therefore, they should not play a relevant role in the spread of the virus, nor did the test results indicate that they could be relevant as a source of infection for humans. However, it could not be ruled out that the pathogen might possibly adapt through changes. "Therefore, there is no immediate cause for concern, but we must keep an eye on the development," emphasized the head of the FLI Institute for Virus Diagnostics, Prof. Martin Beer. So far, there is no confirmed case of a corona infection in cattle worldwide.