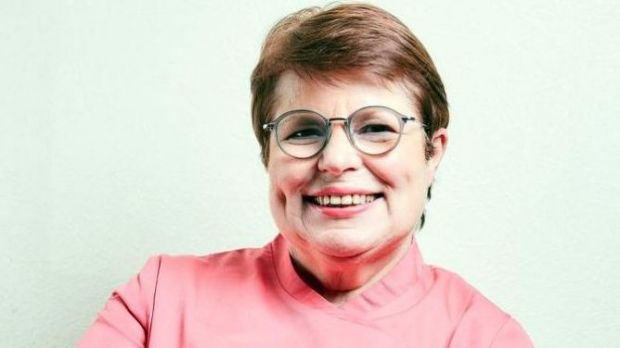 GERMANY, Frankfurt Strasbourg is the epicentre of the corona epidemic in France. IBC President Jacqueline Balzer runs her butchery business with its three sales outlets a few kilometres north of the European metropolis. A view across the border.


"We're still open for business. We have to be there for our customers now." Jacqueline Riedinger-Balzer is lucky. So far, her family and her team have been spared from the dangerous lung disease COVID-19 which is caused by the coronavirus. Nevertheless, the last few weeks have been tough for the owner of the craft butchery business with its three shops. Since the epidemic began she has had to deal with sick and worried employees on the one hand and customers who are just as unsettled on the other.


The region has posted an alarmingly high number of corona cases and is continually in the headlines, yet the food supply situation has now stabilised noticeably. Thanks to the extensive measures which have been taken on the sales floor, the customers and sales assistants at Blazer's already feel much safer. Plexiglass panes create a barrier between buyers and sellers, and only five customers are allowed at any one time to enter the two large stores, with only three permitted in the smaller outlet. The staff wear face masks. And, of course, everyone has to keep a distance of at least one metre. 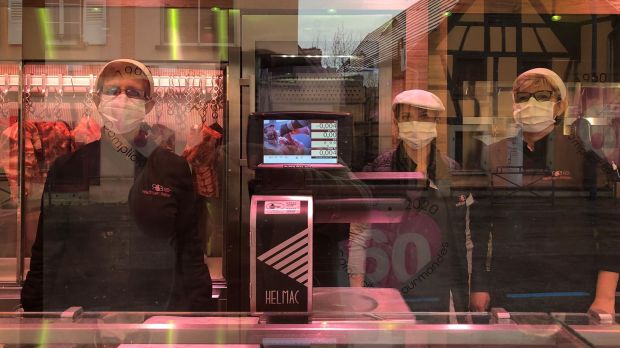 
Her sales staff are starting to come to terms with the situation. Many who initially stayed at home for fear of infection have now returned to work. Her employees are also increasingly finding solutions for their childcare difficulties. Balzer: "What's more, they're realising that we've been working like this for two weeks now and there have been no new infections." This is also reassuring for the business owner. She has, however, had to limit the opening hours in one of her shops: The shop in Wantzenau now closes at 13:00. This was necessary to relieve the strain on the staff.

The customers also seem to be putting their initial panic gradually behind them. The stockpiling is over for the time being, observes Jacqueline Balzer, who became president of the International Butchers' Confederation (IBC) at the beginning of the year. Nevertheless, many are still buying twice as much as usual. As a consequence, however, they are now coming in less often. Like many of her colleagues, including those in Germany, she is currently experiencing sales levels which are otherwise only seen at Christmas. Balzer also believes that the increased amounts now being bought are due to the fact that the usual opportunities for out-of-home consumption have now disappeared: the schools and daycare centres are closed, no companies or canteens are open, the restaurants are all shuttered. "Many more people are cooking at home." The corona crisis is therefore bringing new customers into her shops that she has never seen before. Her three butchery shops are located in La Wantzenau, Mundolsheim and Vendenheim north of Strasbourg, small towns of around 6,000 inhabitants each, reports the IBC President in an interview with fleischwirtschaft.de. As the only local butcher's shops in their respective towns, they are playing a vital role in keeping food supplies flowing to the local population.

And it is a situation which is now proving particularly lucrative. This is because strict curfew regulations have been imposed across France as a whole and in Alsace in particular. Citizens are now only allowed to move within a one kilometre radius of their place of residence. It is logged every time they leave the house, and they must use the nearest shops. Jogging and walking are now banned. Employees even need a certificate from their employer to get to work. This also applies to the employees of the Riedinger-Balzer butchery, which Jacqueline runs together with her two sons Jacques and Samuel Balzer.

There are good, or to be more accurate, alarming reasons for these rigorous government measures. Alsace has one of the highest infection rates in France. Sharing a border with Baden-Württemberg in Germany, the region combines the two départements of Bas-Rhin and Haut-Rhin and has a population of around 1.9 million. More than 300 deaths have been recorded there.

The hospitals are running short on almost everything at the moment: disinfectant, respirators, masks, gloves. They are so overcrowded that they have long since stopped being able to treat all the serious cases of COVID-19. Patients over 80 years of age, and in some cases those over 75 years of age, are no longer intubated due to the lack of ventilators. 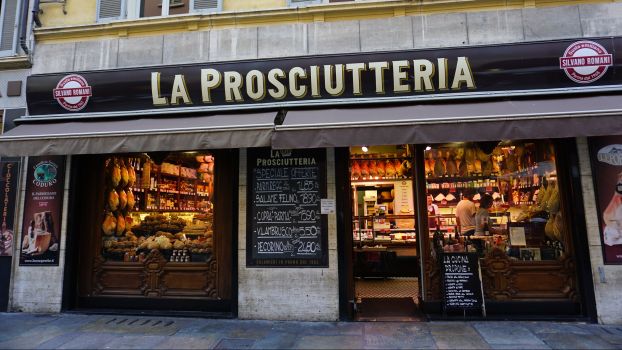 Sandra Sieler, si
Corona crisis
How our neighbours are coping
Coronavirus creating anxiety for butchers all over Europe. International Butchers' Confederation report provides an overview. more ››
"The situation is alarming here in Alsace," says Balzer, describing the depressing conditions. But the southern part of the region is even worse off. She also has great sympathy for businesses that have not been as lucky as she has: those which are heavily dependent on offering party catering or restaurant deliveries, or whose staff or families have been directly affected by the coronavirus. "Some businesses have already had to close."

This has also hit many of her fellow traders hard: the weekly markets closed a week ago. However, some local citizens have been asking why, if the distancing rules are adhered to, there should be a greater risk of infection at a market than at a supermarket. That could also be why some mayors have already changed their mind, as the IBC president tells us. 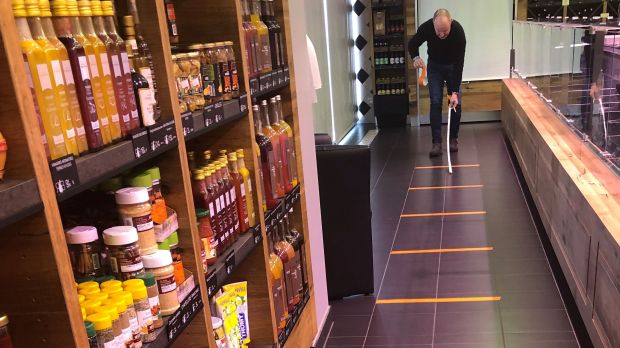 Balzer
Precisely measured. Adhesive strips on the floor help customers maintain the required distance.
The supply of raw materials for the fine meat products and pâtés would appear to be secure despite all the challenges. Jacqueline Balzer, who is additionally president of the regional association of butchers, caterers and restaurant owners in Alsace, also believes her business is safe thanks to her reliance on local breeders and suppliers.

The difficult situation currently calls for two things above all else: stamina and optimism. The president certainly radiates both. The Balzers have used the company website to express their thoughts on the crisis, which is having such a profound effect: "We are all overwhelmed by this completely new situation. What we now need to do is to stay calm, show respect, goodwill, patience and solidarity while serving our customers to the best of our ability."
Source: fleischwirtschaft.com
tags:
Jacqueline Balzer Strasbourg Alsace Germany Jacqueline Riedinger-Balzer COVID-19 Frankfurt