How our neighbours are coping 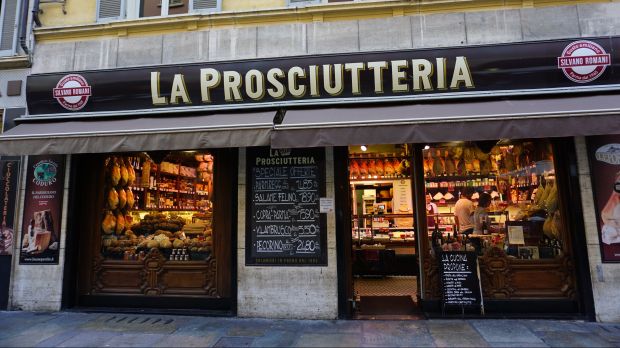 Italy is one of the countries worst affected by coronavirus. Nevertheless, most of the craft butcher shops there are still open.

GERMANY, Frankfurt The coronavirus has left the whole world feeling anxious. In Europe, Italy and Spain are the countries worst affected. The International Butchers' Confederation (IBC) asked its member associations to outline the situation in their respective countries (as at 25 March).

The good news first: craft butchers are still allowed to sell meat and sausage in all the countries that took part in the IBC survey – albeit under different conditions, of course. The majority of the associations report that the butchery trade is regarded as an essential service in their countries, a status which all are thankful for.

Restaurants are closed in Germany and in most other countries, too. This rules out the sale of food for on-premise consumption by local butchers. "All those whose income is accounted for mainly by tourism and restaurant services are now experiencing big problems," underlined IBC President Jacqueline Riedinger-Balzer in an interview with fleischwirtschaft.com.

In Germany and elsewhere, businesses that earned a sizeable proportion of their income from party catering before the crisis have been particularly badly hit. This is because events are currently a thing of the past throughout Europe. Member companies in this sector from Austria, for example, are reporting turnover losses of up to 80 per cent. And in the greater Madrid tourist region, butchers are also experiencing a severe downturn, as the Spanish association has reported.

In the retail sector, most craft butchers in Europe are currently benefiting from two developments: stockpiling and the rediscovery of home-cooking. The French are reporting sales levels matching those in the Christmas week. Many butchers all over Europe are currently delighted to be posting ten, 15 or 20 per cent higher sales than usual – even if this is leaving its mark on both the employees and the companies themselves.

Speaking of employees: most countries have now imposed strict curfews, but only in France do butchers' employees need a special certificate to travel to work. All countries have raised the hygiene standards for craft butchers, most of which are being met in a pragmatic way. In Germany and elsewhere, distancing rules are now in place and there are limits on customer numbers in shops.

The retail butchers in Germany and elsewhere in Europe find it frustrating that, whenever the conversation turns to guaranteed food supplies during the crisis, the media refer exclusively to the supermarkets. The German Butchers' Association (DFV) has intervened here, drawing the attention of politicians to this inaccurate portrayal. After all, in many cases it is the local butchers and bakers who are responsible for keeping the local communities fed.

A snap poll conducted by the IBC revealed that there are no procurement bottlenecks at present. The slaughterhouses are evidently operating normally, in some cases even at full capacity. Nor have there been any extreme price spikes, with cattle prices even falling recently in both Germany and in Austria.
Source: fleischwirtschaft.com