Corona crisis Billions in aid for US farmers 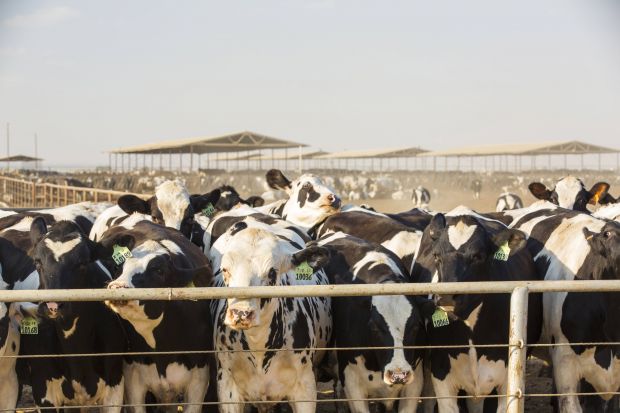 Photo: Imago Images / Cavan Images
Dairy farmers in particular are suffering from the slowdown in sales of their products.
Related Topics:

fleischwirtschaft.com — USA, Washington. The US agricultural industry fears a wave of bankruptcies due to the corona crisis. Billions in aid may not be enough. Slaughterhouse workers are becoming infected.
Facebook
Twitter

The American Farm Bureau Federation (AFBF) describes a continuous downward spiral of prices for grain and animal products. The reason is sales difficulties since schools, universities, restaurants, bars and cafeterias have closed. Added to this are the weak exports, which, however, had already been a burden on the US agricultural industry before the corona crisis.

The US government has so far put together a total aid package of $ 2.2 trillion to mitigate the consequences of the corona pandemic. Of this amount, US Secretary of Agriculture Sonny Perdue can use $9.5 bn. in his budget to provide direct aid to farmers and livestock breeders. A further $14 bn. will go to the state Commodity Credit Corporation (CCC), which can use it to finance additional market support measures such as government purchases or export credits. However, according to AFBF President Zippy Duvall, this total of $23.5 bn. will not be enough to avert bankruptcies in the US agricultural sector. This is confirmed by a new forecast from the University of Missouri (see box).

Because of the corona crisis, US farmers will have lost $32 bn. in income in 2020, including about $12 bn. in the crop sector and $20 bn. in livestock production. This initial forecast was made by the Food & Agricultural Policy Research Institute (FAPRI) at the University of Missouri. In addition, the scientists assume that the prices of inputs will fall. Because additional subsidies are also flowing, the net incomes of agricultural enterprises could be $20 bn. lower in 2020 than they would have been without the corona crisis.

Numerous slaughterhouses and meat processors also have direct problems with coronavirus diseases. They have been classified by the government as critical infrastructure and are allowed to produce. However, infections of the personnel occur. Tyson Foods, for example, reports that a pigmeat plant in the US state of Iowa has been temporarily shut down because of evidence of more than two dozen positive cases in the workforce. Other producers such as Smithfield Foods, National Beef, JBS or Pilgrim's Pride also report infections among their staff. All companies are working flat out on hygiene plans to ensure more safety distance for the employees. Tyson has also announced a bonus for its staff working under the more difficult conditions.