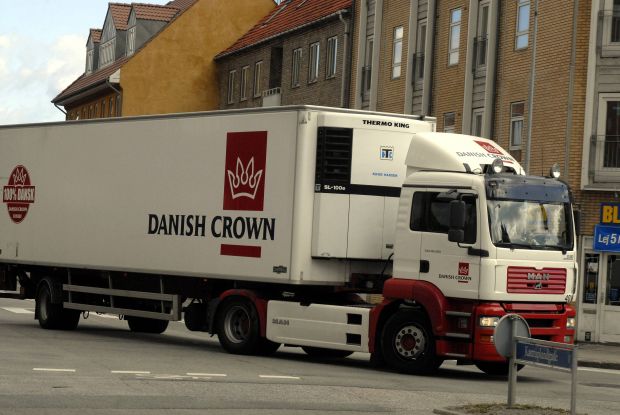 Danish meat companies are currently not allowed to supply pork to China.

DENMARK, Copenhagen. In Denmark, some slaughterhouses are not allowed to deliver pork to China. The corona virus has been found among employees.


The slaughterhouses of Danish-Crown in Saeby and Horsens in Denmark and of Tönnies in Brörup are closed for export from pork to China. Some employees are infected with the corona virus, a Danish Crown spokesman told agrarzeitung.de.

Independently of this, findings of a mutated variant of the corona virus in Danish mink farms caused a stir. A mutated type of corona virus was found in samples from five farms and twelve individuals, which is suspected of not reacting to vaccines already in development in the way that is expected for the known variants of Covid-19. The Danish government has now ordered the killing of the entire mink population in the country of up to 17 million animals.

In Germany, talks are continuing on a regionalized supply of pork to China. The German Federal Ministry of Agriculture (BMEL) will not disclose details upon request. However, the chances of supplying pork to China from Germany, with the exception of the federal states of Brandenburg and Saxony, which are affected by African swine fever (ASF), have fallen rather than risen with the expansion. "The spread of ASF in Saxony a good week ago does not make negotiations any easier," said a market observer. China is currently still undecided to import pork from Germany. Although demand in the country is high, China is in the process of increasing its pig stocks.

Due to the spread of ASF in Saxony, the animal disease has been officially detected in a second German federal state in Germany. So far only wild pigs are affected and no domestic animal stocks. Therefore, there is no direct risk of spreading the ASF to China. However, the previous argumentation in the discussions that the disease is under control has been weakened, and so far, the Netherlands and Spain in particular have jumped into the German gap and supply pork to China. The pig market is Germany is still tense, the slaughter backlog continues. The pig farms can only slowly produce fewer piglets. Currently older animals ready for slaughter are fed, but also piglets born before the outbreak of ASF in September are fattened. It takes ten to twelve months from insemination to slaughter. The sow bears 3.5 months, followed by the 4-week suckling period. The piglet rearing phase lasts eight weeks and fattening three to four months. It can be observed, however, that fewer piglets are already imported.