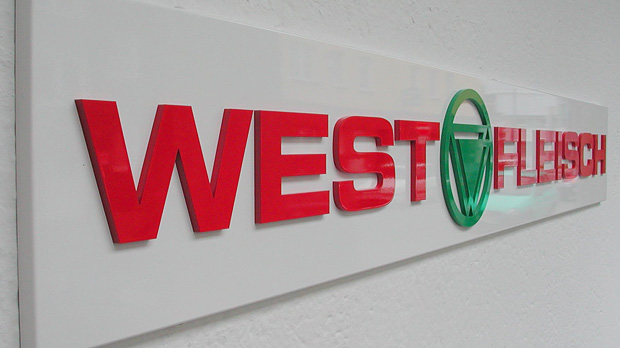 GERMANY, Münster Westfleisch posted a loss of EUR 4.1 million at the end of 2015. The Westphalian cooperative is in the red for the first time.


In 2014 the group posted a profit of EUR 12.1 million. This will also have consequences for the shareholders, as Westfleisch announced to its cooperative members. There will be no dividend on the business assets or special bonuses for 2015.

The result for the year of Westfleisch SCE mbH does not, however, have any bearing on the contract bonuses, the interest rates on the participation capital and the dividend of Westfleisch Finanz AG. "Naturally, these will be paid out," according to an announcement issued to farmers.

Group sales fell by 3.9 per cent in 2015 to EUR 2.4 billion. Operating earnings before interest, taxes and depreciation (EBITDA) declined year-on-year by about a third (EUR 21.9 million) to EUR 39.5 million. Reasons for this include the significant declines in margins, especially in the pork business, and also external factors such as rising costs resulting from the statutory minimum wage and other political factors such as the Russian embargo.

Meat sales of the Westfleisch group were up again in 2015 (up three percent), reaching an all-time high of 980,300 t. Self-service and convenience (up 5.4 percent) as well as meat products and sausages (+ 11.2%) achieved new sales records.

In exports, too, Westfleisch significantly increased its sales volumes in some areas. In China, the sales tonnage rose by more than 80 percent to about 70,000 tonnes. The cooperative posted disproportionately high increases in its slaughter figures. The number of slaughtered pigs rose to 7,69 million (up 2.3 percent), and that of cattle to 357,800 (up seven percent). The figure for calves increased by 9.8 percent.

Westfleisch remains solidly positioned among the competition and is well placed for the future, emphasises the management. The equity ratio is high and external debt low. The effects of the extensive cost-cutting measures launched in the second half of 2015 are now also becoming apparent, it said. Westfleisch is well prepared for 2016, according to the optimistic management.
Source: agrarzeitung.de / dfv Mediengruppe
tags:
Westfleisch Germany Münster China