Cooperation: New kind of pork for sale in Net...
Cooperation

New kind of pork for sale in Netto stores 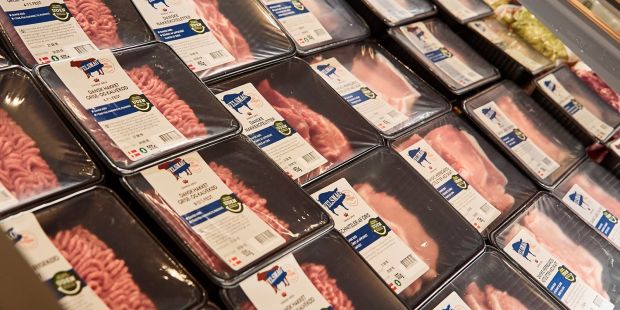 DENMARK, Kopenhagen. This week the conventional pork in Netto’s cold counters will come from pigs reared without the use of any antibiotics. Both Danish Crown and Salling Group, which owns Netto, believe that this far-reaching initiative will in the long term make a significant contribution to public health.


For several years, the world’s biggest pork exporter has sold antibiotic-free (ABF) pork to customers abroad. However in light of a growing demand from Danish consumers for healthy food products and with the support of Salling Group, Denmark’s biggest retailer, Danish Crown is now making the meat available on its domestic market.

Specifically, the new initiative means that all conventional pork in Netto’s standard range will, from week 35, be supplied from pigs reared without the use of any antibiotics. This allows consumers to make an active choice when buying pork, although taste, fat percentage and price are all unchanged compared to ordinary conventional pork.

Danish ABF production is world-leading and is being followed by a huge research project funded by the Ministry of Environment and Food of Denmark’s Green Development and Demonstration Programme. The project’s findings will be used to reduce the use of antibiotics both in Denmark and worldwide.

As it is, conventional and organic pork in Danish cold counters have no antibiotics residues. However, unlike the ABF pigs, the pigs can have been treated with antibiotics, only the antibiotics will have left the pig’s body before the animal is slaughtered. In ABF production, the use of antibiotics is avoided throughout the entire life of the pig.

Meat from pigs reared without the use of antibiotics is introduced in Netto’s 497 stores from this week. Over the next couple of weeks, the new type of pork will replace the ordinary conventional pork in Netto’s standard product range.