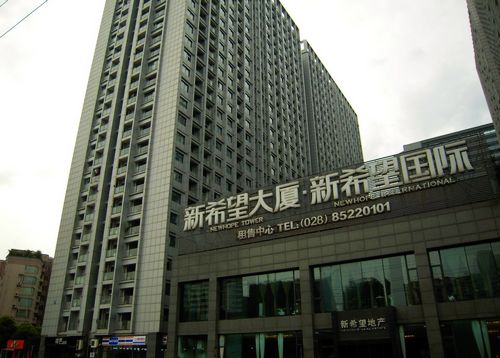 New Hope is headquartered at Sichuan.

CHINA, Liuhe. One of China’s largest agricultural and meat conglomerates has entered a deal with the country’s leading e-commerce and cloud computing company to get a digital edge on its rivals.


New Hope Group, a company with interests in feed, pigs and poultry, has signed a “strategic cooperation” agreement with AliCloud, an ambitious subsidiary of ecommerce giant Alibaba which will see data from New Hope’s various operations mined for more targeted sales of meat and other agri products to consumers in various regions of China.

The deal is significant given New Hope is China’s leading privately owned agribusiness firm with over 80,000 employees, an annual kill of 9 mill. pigs, and hundreds of subsidiaries across the value chain.

According to the agreement Alicloud will store and analyse data from various New Hope operations using high-performance computers to spot patterns and trends that the company can then exploit for commercial gain. Alicloud is a subsidiary of Alibaba, which dominates e-commerce through its marketleading sites Tmall, Taobao and Tmall International as well as the business to business (B2B) focused Alibaba site.

The AliCloud deal will improve “synergy” and “efficiency” in the New Hope group whi e al so “al owing us to change our business models,” noted the group boss Li Jianxiong in a statement announcing the deal. Li pointed to the group’s massive footprint of offices, sales yards and distribution networks across China, suggesting that related data from these operations will prove valuable in determining spending power and preferences among consumers across the regions.

While it had long focused on feed production New Hope has been keen in recent years to enter more high-margin activities like packaged meat sales and the firm has pledged significant investments in overseas beef and lamb operations for sale back into China.

Having studied similar services provided by Amazon and Microsoft, Alibaba has in recent years invested massively in data: its location-based technology, cloud computing and mapping services generate revenue but also give the company an incredible edge over e-commerce competition in terms of the ability to target potential customers for particular goods, including meat products.

The AliCloud/New Hope deal has been cheered by China’s government , which has made much of the need to use cloud computing and ‘big data’ to sharpen the competitive edge of the nation’s companies both in domestic and export sales.