Convenience: Ready meals in demand in the pan...
Convenience

Ready meals in demand in the pandemic 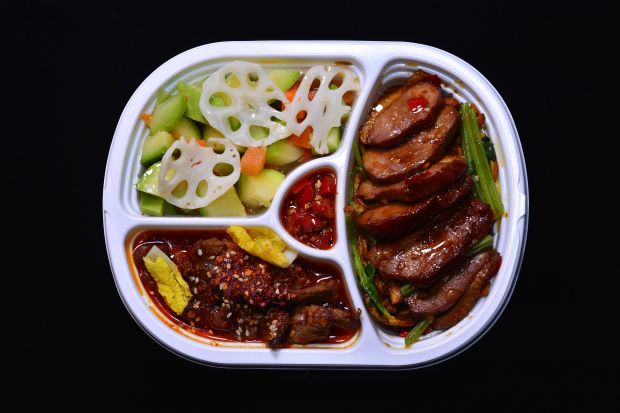 The biggest growth was in ready-to-eat vegetable dishes, which include vegetable stews.

GERMANY, Berlin. Consumers are increasingly turning to ready meals in the face of home offices, homeschooling, closed restaurants and canteens.


From January to September 2020, around 1.1 mill. T of ready meals were produced in Germany, the Federal Statistical Office said end of January. That was 4.9% or just under 50,300 t more than in the corresponding period last year. Growth was particularly high in the first quarter - when the Corona pandemic broke out - at 6.6%, and in the following spring at 6.7%. In the summer quarter, however, when the virus situation eased, the increase was only 1.3%.

The biggest growth was in ready-to-eat vegetable dishes, which include vegetable stews. In the first nine months of 2020, just under 150,000 more t of these were produced, representing an increase of 7.4%. Dishes such as frozen pizzas or baguettes recorded an increase of 5.4% with a produced volume of around 480,000 t. Ready-to-eat pasta dishes increased by 4.6% to 263,000 t. In addition, around 171,000 t of ready-to-eat meat dishes such as goulash, hamburgers and poultry dishes were produced. This corresponds to an increase of 2.4%. By contrast, the volume of fish ready meals produced, which includes sushi, fell by 1.2%.