From Editor fleischwirtschaft.com
Friday, May 04, 2018 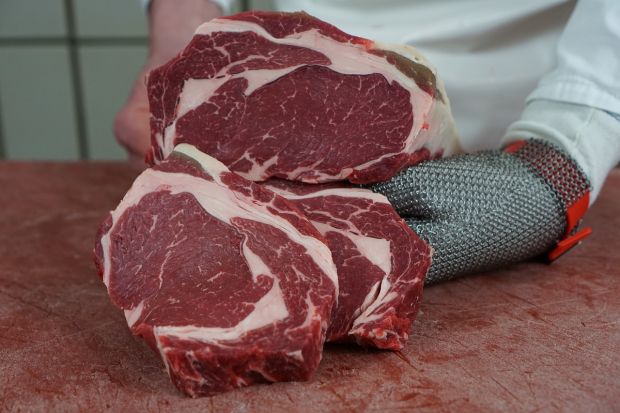 BELGIUM, Brussels. Private Belgian households consumed less red meat last year: 17.5 kg of this was consumed per capita in 2017, 700 g less than a year ago.


This is the result of figures determined by the market research institutes GfK Belgium and iVox on behalf of Flanders' agricultural marketing office VLAM. The increasing out-of-home consumption is not taken into account in the study.

99% of Belgian households stated that they included meat on their shopping lists at least once a year. 96% of Belgians are avowed meat eaters; 25% consume meat every day. Only 4% have committed themselves to vegetarianism.

In terms of the proportion of red meat/poultry/fish consumed, red meat ranks first with 54.2%. Other places are taken by poultry and game (30.2%), fish, molluscs and shellfish (14.7%) and last but not least meat substitutes (1%).

Meat consumption by private households, including poultry, game and frozen meat but excluding meat products will be 28.1 kg per person in 2017; ten years earlier, per capita consumption was still 34.9 kg. The decline in consumption is mainly due to red meat and is mainly due to flexitarians. One third of those questioned complained about the high meat price.

In the ranking of the most popular fresh meats, meat preparations from several meat types with 6.3 kg per person are the most important category, followed by pork with 5.5 kg, beef with 4.4 kg and veal with 600 g.

For 54% of Belgian compatriots, the origin of the proteins plays a role. 96% said they preferred meat of regional origin. More expensive pieces of meat, such as Tournedos or Chateaubriand, enjoy stable popularity. The trend is towards declining volumes in favour of higher-priced shares.