Image of the meat industry suffers 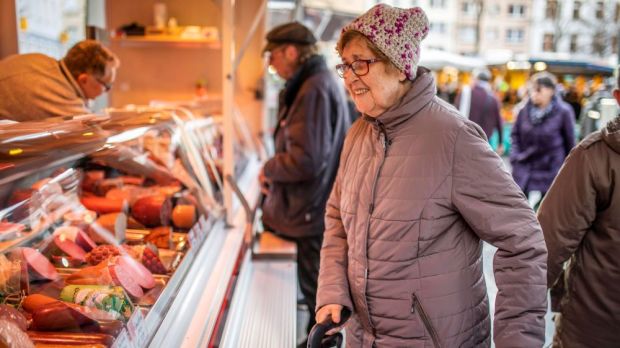 Domestic products are very popular. At the same time, consumers are very price-conscious.


The corona pandemic has brought about significant changes in German consumers' shopping, eating and cooking habits, some of which have remained in place even after the restrictions imposed in spring were relaxed. This is shown by the results of a consumer survey, which scientists from the University of Göttingen conducted throughout Germany in mid-April and again in mid-June, now published in a discussion paper.

As the results of the June survey show, a comparison of the data does indeed show a decline in behavioral patterns in some areas to those seen before the Corona pandemic: for example, people cooked less at home in June; on the other hand, they went shopping more frequently again. What has remained stable, however, is the increased importance consumers attach to sustainability aspects in their choice of food and a greater preference for domestic agriculture.

Another result of the survey is an increased price awareness among those surveyed. In the updated survey, a total of 28% of participants stated that they spent more money on food during the Corona pandemic. More than 40% said that they would pay more attention to special offers and 30% said that they bought more cheap food. "One possible explanation is the shift from out-of-home consumption to the household sector, which is why many people perceive more strongly that they spend more money on food," explained first author Dr. Gesa Busch from the University of Göttingen.

According to Busch, it was also surprising that despite the experience of empty supermarket shelves at the beginning of the pandemic, only about 44% of those surveyed had household supplies for at least ten days at home. Trust in food security was apparently still very high for most people, according to the study author. According to the survey, consumers have only hesitantly resumed consumption outside the home after the relaxation of the corona conditions. In mid-June, only a third had returned to a restaurant. However, half of those surveyed emphasized the need to support the catering trade by visiting it.

Signs of crisis for the meat industry

According to Prof. Achim Spiller, head of the Department of Marketing for Food and Agricultural Products at the University of Göttingen, who participated in the survey, a difficult future is looming for the traditional gastronomy sector. However, Spiller sees even stronger signs of crisis for the meat industry: According to him, the corona outbreaks in meat-processing companies have drawn the attention of society and politics to the working conditions of the employees there. When asked about different aspects of working conditions in slaughterhouses, those questioned would have consistently assessed them as negative. "The corona outbreaks have thus once again broadly attacked the already poor image of the industry," says the Göttingen agricultural scientist.