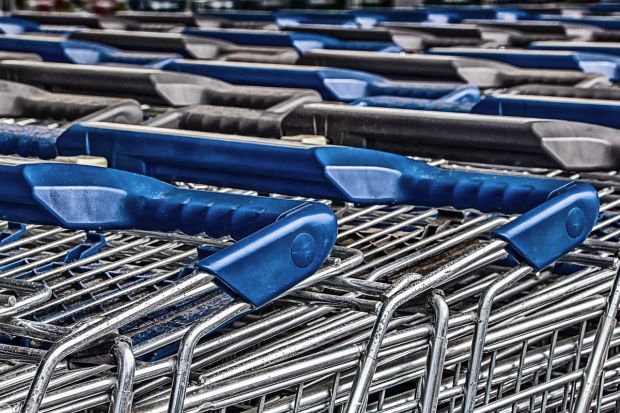 Consumers' behavior in the post-Covid-19 era will be affected by the behavior of the complete food chain.

USA, Washington. Processors, retailers and consumers alike remain focused on cutting short the impact of Covid-19, the disease that has swept the globe.

The extreme lockdown of today will be eased at some point, though it's not yet clear when. Perhaps even more uncertain is what the frame of mind of their erstwhile customers will be.

"The questions are, first, how long will the virus actually be here? And then, how long will it be in people's psyches?" Simeon Siegel, managing director at BMO Capital Markets, said. "Right now it's very unclear how long this impact will be – not only because we don't know the duration of the virus but because there's a latent fear that's emerging as well. The longer the impact, the more lingering the fear and the more evolution there will be of consumer processes."

Most stores in the US are closed now. Those stores that are open are limiting their hours and how many customers go in at a time. While e-commerce has had its own struggles with fulfillment, shopping has definitely shifted online: From March 23 to March 30, e-commerce marketplaces saw a 14% increase in volume, according to data from the Forter Global Merchant Network.​

That stands to continue, and, in fact, the pandemic is likely to stoke other existing trends, according to BMO's Siegel. "It would seem that the coronavirus is accelerating the structural changes we've been seeing across retail and society for the last decade – toward online interaction, toward e-commerce and away from brick and mortar, toward direct-to-consumer away from department stores," he said. "On the one hand, social media has essentially been prepping the world for 'social distancing.' On the other, humans aren't built to not interact."

Whether and how many customers return after the pandemic eases also depends on what they take away from their imposed isolation, according to Thomai Serdari, a professor of luxury marketing and branding at New York University's Stern School of Business. There's likely to be pent-up demand, but possibly tempered by a new appreciation for consuming less, especially as a recession bears down, she said.

"Right now, there's fear as customers move through a store," said Daniel Binder, a partner at Columbus Consulting, who managed Asia-based supply chains during the SARS and H1N1 pandemics. "What retailers will have to figure out is how to bring a sense of structure and calm." That includes making it obvious how clean a store is, he said. "There will be hand sanitizer everywhere you go, payment options that don't involve touchscreens or cash. Just not having to touch something that is also being touched by multiple people. This will pass, there will be a return to normal, and the DNA of the brand is still going to be critically important." Serdari agrees that wellness, already a winning category even at a time when fewer discretionary purchases are being made, is likely to remain an important area of consumption for many.

That means that consumers' behavior in the post-Covid-19 era could be reshaped by their fears and by new isolation-induced habits like curbside pickup. But it's also influenced by retailers' behavior, at least as much as by their marketing, a number of analysts said. That includes how retailers treat their own employees, why they keep stores open, and whether they're focused on price cuts and sales rather than empathy and care.