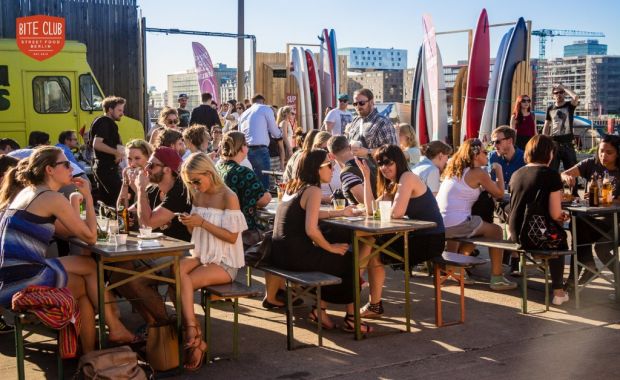 GERMANY, Berlin. The final of the biggest street food competition in the world is heading to Berlin. All summer long, countries all over Europe have been hosting their own national awards. Now, the winners are coming to Berlin to battle it out at the finals of The European Street Food Awards 2018 – and win the right to be called European champion.


The national champions will be driving to Germany from all over the continent. Whether it’s an organic crepe cooked up on the back of a bicycle from Paris, a crisp fenugreek salad from Georgia, or the best burger in Finland, the public will get to try Europe’s best street food all in one place. And then vote for their winner.


Gearing up to be the most exciting event on the street food calendar, the massive street food party will feature a celebrity judging panel (Including Michelin-starred chef Max Strohe from Tulus Lotrek and Evgeny Vikentev, one of Russia’s most famous young chefs - soon to be opening up CELL restaurant in Berlin) and the big Awards finale at 8pm, plus guest DJs, brilliant bars and all the usual Bite Club vibes in the September sunshine.

“We’re really excited that the ESFAs are coming to Berlin again this year"  says Miranda Zahedieh of Bite Club. "Last year was a huge success – but Malzfabrik will take things to a new level. As one of the pioneers of the street food revolution we love to recognise and celebrate these talented young chefs, and the ESFAs gives us access to the very best that’s out there”.

“Street food is taking over the world” says Richard Johnson, founder of the European Street Food Awards. “And that’s because we are choosing to eat in different ways. We don’t want a fixed starter-main course-dessert menu any more – we want a bit of this and a bit of that. It’s flirty, low-commitment dining, and it’s why pop-ups and street food have become so popular. Street food is making the world a much nicer place to be.”