New technologies in the fight against the drought 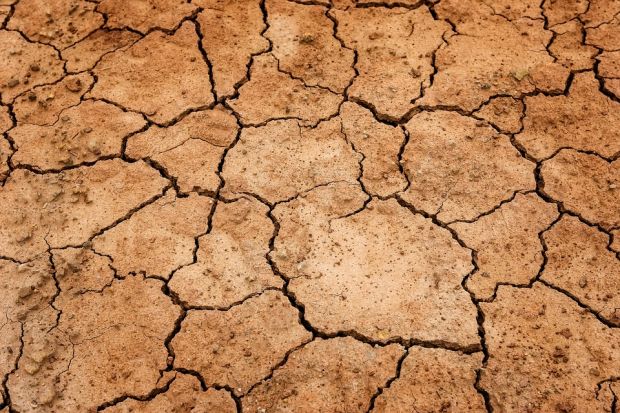 Drought is no longer an issue that only threatens the livelihoods of the rural population in arid and semi-arid regions.

GERMANY, Berlin. Drought is no longer an issue that only threatens the livelihoods of the rural population in arid and semi-arid regions. As the last summer has demonstrated, such periods of drought have now reached the temperate climate of Central Europe.

Effective countermeasures by governments, business and science require the use of state-of-the-art technology in order to record and analyse exact yield data.

Against this background, the expert panel entitled “Going digital against the drought - New technologies and challenges in their implementation” will discuss previous experiences, digital solutions and implementation obstacles in various regions. As part of the Global Forum for Food and Agriculture (GFFA) the panel discussion will take place at the CityCube Berlin, Germany, on 18 January 2019 from 10:30 am to 11:45 am.

Recent climate changes have caused agricultural producers to face significantly greater risks, both in terms of crop production and livestock breeding. Droughts are increasingly jeopardizing the livelihood of rural populations in arid and semi-arid areas. The dry periods of 2001–2003 and 2007–2008 caused, in Central Asia alone, the most devastating droughts in the history of the region, engendering numerous social and economic problems.

In China and Mongolia, too, droughts are increasingly affecting the agricultural use of available land. In 2018, temperate zones, such as Central Europe, also suffered from droughts, although the extent remains unknown. According to IPCC predictions, the growing pattern of extreme weather is expected to worsen in the coming years in many parts of the world.

Worldwide, governments, industry and science are being called upon to reduce climate risks and mitigate the effects of extreme climate shocks. For its part, agriculture can contribute to greater climate resilience through efficient resource management and advancements in breeding. A further form of market-based risk management is index-based agricultural insurance, which provides businesses with financial security in case of crop failure. However, both market-based climate management and state intervention (e.g. disaster relief) require exact information on yields.

The central challenge here is a timely appraisal of the damage, in order to quickly and efficiently take steps towards rectifying the situation. The digital revolution provides possible solutions to these problems, notably through different forms of data collection, processing and communication with end-users. While the range of available technology is large, there remain, in both emerging and developed markets, numerous obstacles to its implementation, particularly in terms of cost-effectiveness, data security and networking.