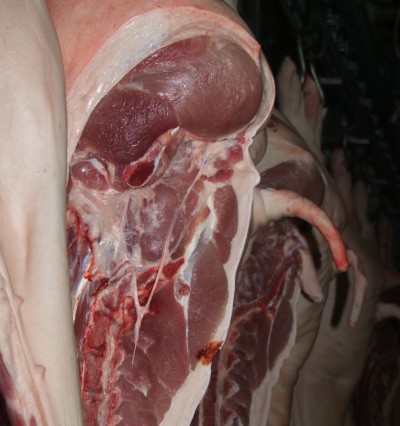 Russia will import pork from China for the first time in a decade to replace imports from the US and Europe banned as part of the standoff with the West over the Ukraine crisis.

Pork imports by Russia from China have resumed for the first time since 2004, according to the website of Russia's consumer watchdog Rosselkhoznadzor. The volume of 800 t of pork is on its way to Russia in 32 shipping containers.

In August, Russia agreed to resume pork imports from China, and gave two Chinese companies permission to sell on the Russian market. Nine more applications have been processed and are awaiting approval. In early October Russia took note of food safety concerns, and said Chinese supplies will be locally overseen by Rosselkhoznadzor itself.

China, Brazil, as well as Mongolia, have regained their export privileges after Moscow announced the one year ban on food imports from Western countries that have adopted sanctions against Russia's economy over the Ukraine crisis. Russia will also import more meat products from neighbouring Belarus and Kazakhstan, which are both part of the Customs Union, and will soon closer integrate in the Eurasian Economic Union.

Pork imports were down in Russia before it unveiled its counter sanctions, as Moscow banned live pigs and pork products coming from the European Union in January after four isolated cases of African swine fever were discovered in Poland and Lithuania. In 2013, Russia imported €1.4 bn. worth of European pork.

The EU has filed a suit with the World Trade Organization over the swine flu ban, since it affected all 28 EU members and not just the few where the disease was found.
Source: Rosselkhoznadzor