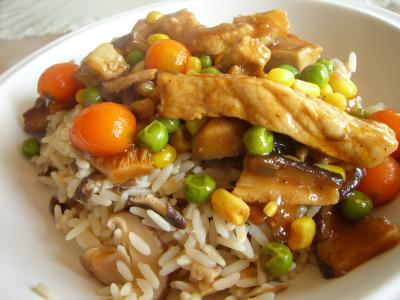 China's Consumer Price Index (CPI), a main gauge of inflation, increased 2.5% year on year in May, up from 1.8% in the previous month, according to the National Bureau of Statistics (NBS).

Accelerated increases in food prices were the main contributor to the higher CPI figure. Food prices increased 4.1% year on year, nearly double the 2.3% in April, lifting the CPI figure by 1.35%-points.

While prices of pork, a staple of the Chinese diet, dipped 0.6%, those for the meat and poultry category in general increased 3.2%, pushing up the CPI by 0.23%-points.

On a monthly basis, the CPI edged up 0.1% in May, with the prices for eggs, pork and fresh fruits jumping 9.5%, 5.6% and 2.1% from April respectively and those for fresh vegetables and aquatic products declining 8.7% and 0.1% respectively. The NBS attributed the higher CPI mainly to the "carry-over effect" resulting from a low comparison basis last year, which contributed 1.6%-points to the figure.

However, real price increases still contributed 0.9%-points to the higher CPI figure, widely seen as a boon to the world's second largest economy, which grew at its weakest pace in 18 months during the first quarter. The higher CPI came as China's economy shows tentative signs of stabilising. Official data showed earlier this month that growth in China's manufacturing sector continued to accelerate in May, hitting a five-month high.
Source: The Chinese National Bureau of Statistics