China is the driver for a global demand for b...

China is the driver for a global demand for beef 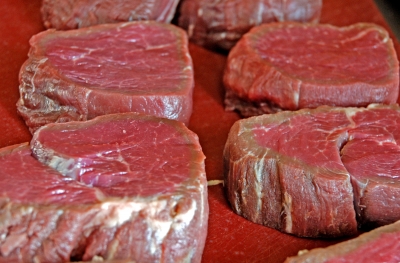 Growing demand for beef in China will drive global markets during the first quarter of 2014 while tightening supplies of beef will keep prices high, according to a new report from Rabobank's Food & Agribusiness Research team.

Rabobank analysts noted that volatility is the biggest factor to impact the United States' market. Tight supplies of pork due to the spread of Porcine Epidemic Diarrhea virus could strengthen demand for beef during the spring and summer grilling seasons.

Slaughter levels of cattle are forecast to remain high in Australia, according to Rabobank. Strong international demand has supported record boxed beef exports in the first quarter. Additionally, a drier-than-normal period for Queensland and northern New South Wales has raised expectations of a continued high flow of cattle to markets.

Rabobank expects strong domestic and export demand for beef from Brazil. Cattle prices are likely to remain firm during the second quarter and beyond even during periods of adequate supply, Rabobank noted, as Brazil will host the World Cup, and presidential elections are upcoming. A continued depreciation of the US dollar will also support prices.

A high New Zealand dollar will offset gains from strong demand for beef from the US and China, Rabobank said.

Canada increased feed usage and higher cattle shipments to the US mean Canada is rapidly depleting their available cattle supply with limited interest in herd expansion, according to Rabobank.

Exports of beef from Argentina are expected to remain low as government limits on export markets continue, with the aim of keeping domestic meat prices low.

Mexico's beef markets will see tight margins into the second quarter of 2014 as beef and cattle prices remain high and lackluster consumption continues.

Beef prices are expected to hold firm in the European Union, Rabobank noted. Supply of cattle will remain stable while import growth will continue its steady increase of about 10%.
Source: Rabobank