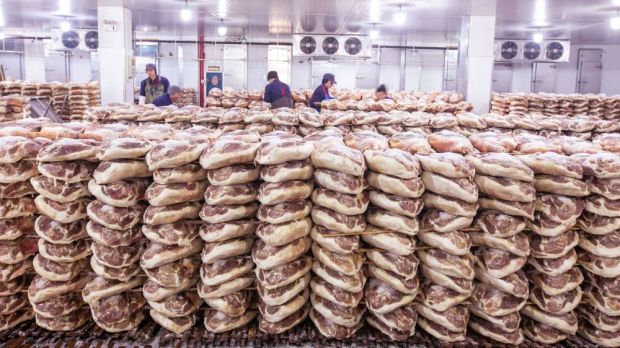 China has continued to modernize the meat sector, as a look at this ham factory in Jinhua in Zhejiang province, south of Shanghai, shows.

CHINA, Beijing. Chinese pork production fell less sharply last year than had previously been forecast. According to preliminary data released by the National Bureau of Statistics in Beijing, 41.13 mill. t of pork were produced in China, down 1.42 mill. t, or 3.3%, from 2019.

A year earlier, due to the consequences of African swine fever (ASF), production had still slumped by 21.3%. According to the statisticians from Beijing, around 527 mill. pigs were hooked in 2020; compared to the previous year, this corresponded to a decline of 17 mill. head or 3.2%.

The biggest problems with ASF seem to have been overcome in the People's Republic; in recent months, increasing stock numbers and slaughterings have been reported, also thanks to massive government aid. According to official data, the incidence of infection is under control due to increased biosecurity measures. According to the statistics office, the pig herd totaled 406 mill. animals at the end of December 2020; this was around one-third more than at the end of 2019. As a result, there was a significant increase in pork production, which at around 13 mill. t in the fourth quarter of 2020 exceeded the comparable volume of the previous year by 21%.