China: Salt intake among highest in the world
China

Salt intake among highest in the world 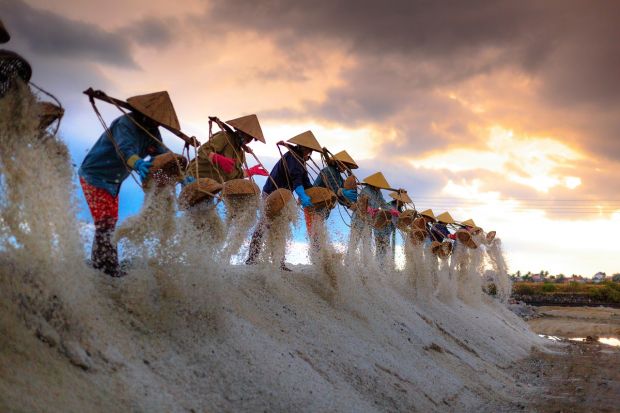 THE UNITED KINGDOM, London. Adults in China have been consistently consuming above 10g of salt a day – over double the recommended limit of 5g – for the last four decades, according to new research led by Queen Mary University of London.


Meanwhile, children aged three to six are eating the maximum amount of salt recommended for adults, while older children eat almost 9g a day. This places Chinese salt intake among the highest in the world, although there is a North-South divide within the country.

Too much salt leads to high blood pressure, a major cause of strokes and heart disease – which account for 40% of Chinese deaths. The report’s lead author, Monique Tan, from Queen Mary University of London, stresses the importance of salt reformulation in the wake of these findings and how differences in government-backed educational campaigns have impacted the results.

Another key finding was that there was a North-South divide, with northern China having a higher (11.2g) daily consumption than the South (10.2g). However, northern China’s salt intake has declined from 12.8g a day in the 1980s, while southern China’s intake has increased from 8.8g in the same period.

The government would need to step in to achieve any significant salt reaction. “Unlike in Western countries where salt mostly comes from processed foods, in China, it is generally added during cooking. This means that salt awareness education is still necessary for people to change their behavior.”

A consistently low potassium intake throughout China is exacerbating issues stemming from high salt intake. Naturally found in fruits and vegetables, potassium lowers blood pressure. However, Chinese people of all ages have been consuming less than half the recommended minimum intake over the past four decades.

The systematic meta-analysis was funded by the National Institute for Health Research and published in the Journal of the American Heart Association and reviewed all data ever published on Chinese salt intake, which included around 900 children and 26,000 adults.