From Editor fleischwirtschaft.com
Tuesday, May 05, 2015 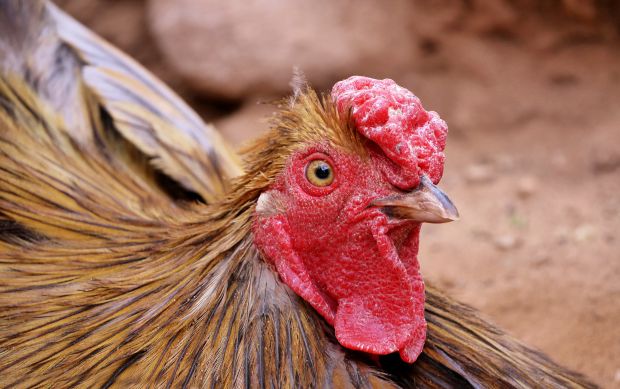 
The National Organic Standard Board (NOSB) at its biannual meeting approved a proposal to increase the allowance of synthetic methionine in feed for broiler (meat) chickens. In extensive comments to the Board, Center for Food Safety has challenged the need for the synthetic substitute, advocating instead for improved conditions, increased access to pasture, slower growing poultry breeds, and natural methionine sources.

With an 11-4 vote, NOSB has allowed what was intended to be a temporary exception to linger. “Synthetic methionine has been allowed in organic for 12 years because the organic egg industry has been dragging its heels to find a suitable alternative and make other much needed improvements to organic poultry systems,” said Paige Tomaselli, senior attorney at Center for Food Safety. By accepting the new proposal, the 5-year clock attached to synthetic inputs allowed in organic production will reset when the regulation is finalised. This means that the next opportunity to remove synthetic methionine from organic poultry production will likely be 2021 at the earliest.

Conditions for chicken-raising have changed dramatically, severely restricting access to pasture even in organic systems. Such operations can crowd hundreds of thousands of chickens indoors with little access to soil or pasture.  These producers also feed chickens a largely corn- or soy-based diet, neither of which is high in natural methionine. To supplement, producers have relied on synthetic methionine, temporarily allowed while organic alternatives are supposed to be developed.

“Synthetic methionine is a crutch that has unacceptably allowed conventional-style chicken and egg producers to become ‘organic’ in name.  And, unfortunately, confined, factory-like conditions are increasingly becoming commonplace in organic production,” said Tomaselli.

Center for Food Safety has concluded that the methionine eaten by chickens doesn’t need to be synthetic. Chickens can produce reliable and consistent quantities of meat and eggs in their natural, methionine-rich pasture environment where they feed on worms, insects, and high-protein forages.  Corn gluten, potato meal and other natural alternatives are also possible sources of methionine for poultry. Insect production is a growing industry, and adding ground insect meal to feeds for protein is another option being explored by farmers.

The issue about whether to prohibit synthetic methionine gets at the heart of organic standards. During the temporary allowance, it is up to the organic chicken industry to seek out and implement alternatives. In this spirit, Center for Food Safety strongly believes that synthetic methionine should be permanently prohibited when it is scheduled to sunset in 2017.  With an end date set, it would send a market signal to the organic poultry industry to step up its efforts to source feed without the synthetic additive.