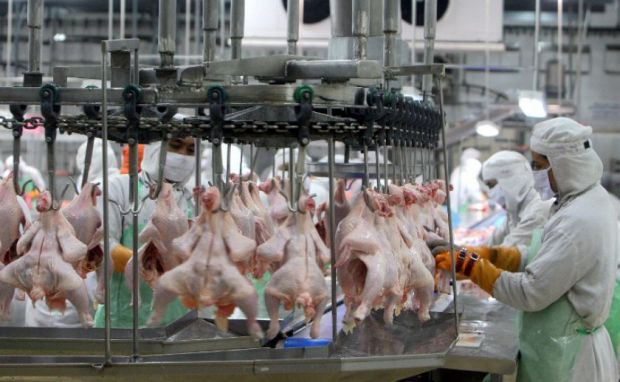 THAILAND, Bangkok. One of Thailand’s largest meat companies, Charoen Pokphand Foods (CPF), has declared that the migrant staff comprising nearly a fifth of its workforce have been recruited in line with anti-slavery laws.


The business issued a statement from its human resources department to confirm it was committed to meet Thailand’s new migrant labour law, brought in after the country’s chicken industry was rocked last year by modern-day slavery claims. Sawang Suksri, CPF’s senior vice-president of human resources said that the company wanted to ensure its foreign workers felt that they were paid and treated fairly.

CPF now employs 8,800 migrant workers, making up 18% of the company’s workforce. The majority of its migrant labourers come from Cambodia (6,300) and around 2,500 hail from Myanmar, formerly Burma. The migrant workers are employed across CPF’s feed mills, cutting plant s and food processing sites.

All migrant staff are entitled to the same pay and company benefits that Thai CPF workers enjoy. This includes medical expenses, insurance and a performance-related pay increase. The migrants are housed in company dormitories and taken to CPF factories by bus with on-site translators recruited to liaise with the migrant labourers.

Cambodia’s Ministry of Labour and Vocational Training recently awarded CPF a certificate that stated the business adheres to the best practices in the protection of migrant labours.