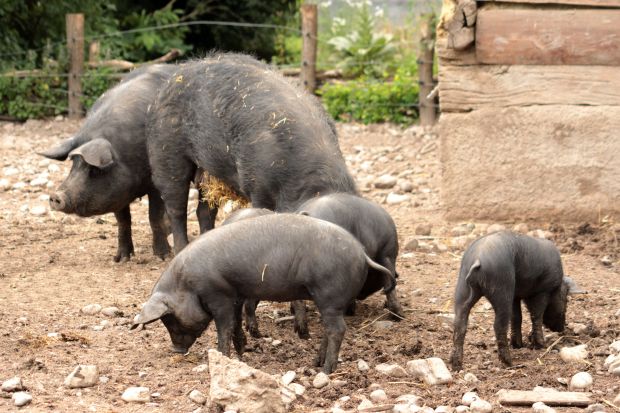 THAILAND, Bangkok. Thai conglomerate Charoen Pokphand’s (CP) Chinese business is investing $531 mill. in a site intended to process one million pigs annually in one of the country’s less populated regions. The animals will be sourced from six pig breeding bases in Inner Mongolia.


Tighter environmental enforcement has made pig breeding sites harder to find. But a formal launch, hosted with the local government of He Lin Ge county and Inner Mongolia Zheng Yuan Livestock Co, saw the activation of the first phase of project comprising 150,000 pigs.

CP executives were joined in the ceremony by local officials who are banking on windfall gains in tax and jobs from the project. Li Yao Ting, the mayor of He Lin Ge, promised the project would create 3,000 jobs locally and ultimately bring $29.5 mill. in taxes into local coffers every year.

A statement from He Lin Ge government also pointed to $3.7 mill. in land transfer fees paid by CP to acquire land from local farmers. CP has cooperated closely with local government on the project. Importantly, it will be a pork “demonstration zone” showcasing model pig handling and slurry treatment facilities.

China’s use of “demonstration zones” – ostensibly to promote better standards – has been criticised by US trade officials as granting unfair advantage to Chinese producers in the form of government supports.

Others betting on China’s appetite for pork include Zhejiang Huatong Meat Products Co, in which CP China has a 5% stake. It’s investing $64 mill. in a pig slaughterhouse with annual kill capacity of 500,000 hogs. The firm’s signature brand is Jinhua ham, a familiar presence in Chinese supermarkets.

Renowned for strong connections to Chinese officialdom, CP (which operates under the Mandarin name Zheng Da in China) has significantly increased activity in northern China with several poultry projects underway in the region. It was one of the very first investors in China after the country opened up in the late 1970s. The company has prospered in China thanks to the connections of long-time company boss and Chinese-Thai billionaire Dhanin Chearavanont, chairman and CEO of the Charoen Pokphand Group.