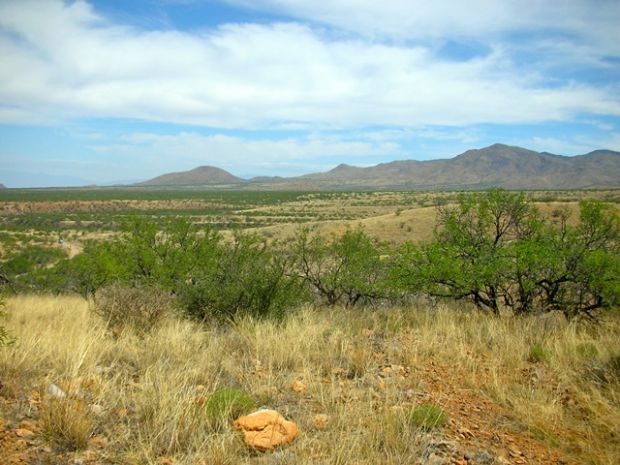 Half of the Earth’s land mass is made up of rangelands, which include grasslands and savannas, yet they are being transformed at an alarming rate. Woody plants, such as trees and shrubs, are moving in and taking over, leading to a loss of critical habitat and causing a drastic change in the ability of ecosystems to produce food – specifically meat.

Researchers with Arizona State University’s School of Life Sciences led an investigation that quantified this loss in both the United States and Argentina. The study’s results are published in the online issue of the scientific journal Proceedings of the National Academy of Sciences.

“While the phenomenon of woody plant invasion has been occurring for decades, for the first time, we have quantified the losses in ecosystem services,” said Osvaldo Sala, Julie A. Wrigley Chair and Foundation Professor with ASU’s School of Life Sciences and School of Sustainability. “We found that an increase in tree and shrub cover of 1 percent leads to a 2 percent loss in livestock production.” And, woody-plant cover in North America increases at a rate between 0.5 and 2 percent per year.

The research team used census data from the U.S. and Argentina to find out how much livestock exists within the majority of the countries’ rangelands. In both countries, the team studied swaths of rangeland roughly the size of Texas – approximately 160 mill. acres each. These lands support roughly 40 mill. heads of cattle.

Researchers also used remote sensors to calculate the production of grasses and shrubs. And, to account for the effects of different socioeconomic factors, researchers quantified the impact of tree cover on livestock production in two areas of the world that have similar environments, but different levels of economic development.

Surprisingly, the presence of trees explained a larger fraction of livestock production in Argentina than in the United States.

“What’s happening in Argentina seems to be a much narrower utilization of rangelands,” added Sala. “The land there is mostly privately-owned and people who have ranches are producing predominantly meat to make a profit. But in the U.S., many people who own ranches don’t actually raise cattle. They are using the land for many other different purposes.”

There are several hypotheses as to why woody plant encroachment is happening. Fire reduction, grazing intensity, climate change and increased carbon dioxide in the atmosphere are some widely-held beliefs as to the cause. However, Sala’s study is focused not on the cause, but rather on the cost of this change to people.