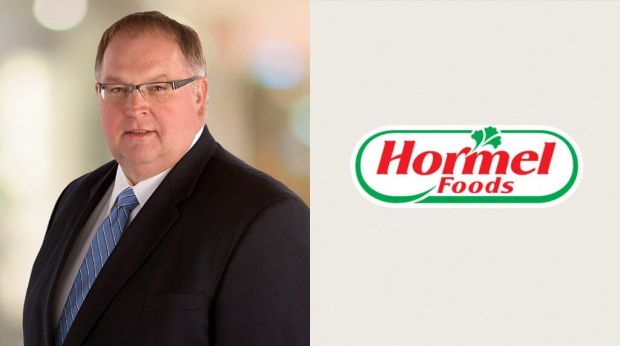 As executive vice president of Refrigerated Foods, Day has led the company’s largest segment as well as numerous subsidiaries and divisions.

Day serves as a member of the executive committee of Hormel Foods, bringing nearly 40 years of strategic leadership to the company. As executive vice president of Refrigerated Foods, Day has led the company’s largest segment as well as numerous subsidiaries and divisions, including Hormel Foods Foodservice, Hormel Deli Solutions, Meat Products, Fresh Pork and Affiliated Businesses, Burke Corporation and Dan’s Prize. During his career, Day has guided a number of business units to record growth and was responsible for leading the integration of three recent acquisitions, including Applegate, Fontanini and Columbus Craft Meats.

Brady, who will assume the leadership post for Refrigerated Foods upon Day’s retirement, has led the Consumer Products Sales business since 2015, overseeing the company’s growth strategy and branded portfolio sales in both retail and e-commerce. Brady began her career with Hormel Foods in 1996 and has held various management and leadership positions with the company, including vice president, Foodservice sales and group vice president, Foodservice, before assuming her current leadership post.

Connor will assume Brady’s post leading the Consumer Products Sales business. In his current role, he is responsible for all sales activities surrounding the Walmart business, one of the company’s major customers. Connor joined Hormel Foods in 1996 and has held various management and leadership posts, assuming his current role in 2011.