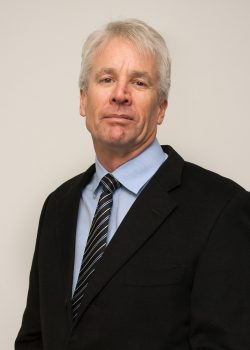 Andrew Spencer has been employed as the CEO of Australian Pork Limited since July of 2005.

AUSTRALIA, Barton. Andrew Spencer, CEO of Australian Pork Limited (APL) has advised his Board that he will not be seeking renewal when his present contract expires, effective 21 July 2019.


In his 13 years as CEO, Spencer has guided the pork industry through the full gamut of good and bad times, some resulting in significant industry adjustment, and helped ensure more Australians are eating more pork than ever before, with pork now the second most consumed meat in the country.

He advised the APL Board that he believed that it was time for renewal in the organisation, and APL now having a new Chair for the first time in 13 years made the middle of next year about the right time to move on.

Spencer advised that he had no specific professional plans at present for life after APL, but that he would be keen to further pursue, amongst others, his recently announced chairmanship of the Australian Farm Institute.

He will remain at the helm of APL while a suitable successor is found and to ensure an effective transition of leadership.The APL Board will now embark on a comprehensive recruitment process to secure a qualified, experienced CEO to take APL forward.