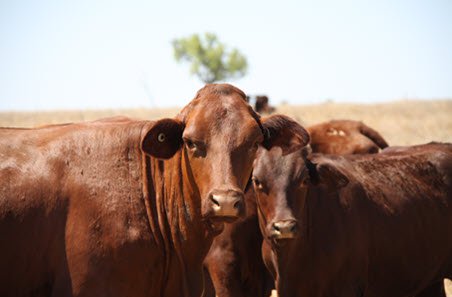 In line with the forecast decrease in slaughter, total beef production is projected to decline 4%, to 2.2 mill. t carcase weight (cwt) in 2019.


Cattle slaughter is forecast to drop 3% to 7.6 mill. head in 2019, based on the continued reduction in the size of the breeding herd and potential pool of available finished cattle.

In line with the forecast decrease in slaughter, total beef production is projected to decline 4%, to 2.2 mill. t carcase weight (cwt) in 2019.

MLA’s Market Intelligence Manager, Scott Tolmie, said drought conditions that have swept across New South Wales and south-west Queensland have undone much of the herd rebuild achieved since the 2013 - 2015 drought.

“As a result of elevated slaughter and substantially lower than usual branding rates, particularly across Queensland and New South Wales, the national herd is expected to decrease a further 3.8% to 26.2 mill. head by mid-2019. A significant turnaround in conditions is needed before rebuilding can recommence,” Tolmie said.

“Japan, the US and Korea continued to lead the way as the three largest markets. However, China recorded the strongest growth in 2018, with Australian beef exports to China increasing 48% year-on-year to 163,000 t swt. Total Australian beef exports are forecast to follow production and decline 6% year-on-year, to 1.06 mill. t swt in 2019”, he commented on the situation on the market.