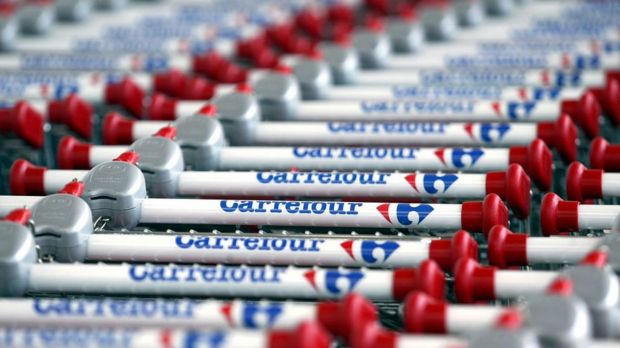 FRANCE, Boulogne-Billancourt‎. Europe's largest retailer Carrefour SA has adopted blockchain ledger technology to track and trace chicken, eggs and tomatoes as they travel from farms to stores, and will deploy it across all of its fresh product lines in coming years.


The French retail giant said it will rely on blockchain technology developed by IBM, which is working with a number of retailers, logistics firms and growers to roll out systems to secure their global supply chains. Blockchain, best known as the technology underlying cryptocurrency bitcoin, is a shared record of data kept by a network of individual computers rather than a single party. Proponents say it has the power to transform industries from finance to real estate, but so far there have been few examples of its large-scale application.

Carrefour Secretary General Laurent Vallee said the group would widen its use of the system to its 300 fresh products across the world by 2022, securing a safe supply chain and allowing customers to trust in their food. "The key thing for us as Carrefour is to be able to say when there is a crisis that we have the blockchain technology, so we are able to trace products and tell the story of the products." he said.

Outbreaks of salmonella linked to eggs and poultry are a major challenge for the food industry. The number of salmonella food poisoning cases in the European Union is rising.

Global businesses will pay around $212,000 a year for full use of Food Trust, which is now available worldwide, IBM said. Pork processing giant Smithfield Foods is among other firms joining the project, while science and technology companies contributing data to the blockchain now include Minneapolis-based 3M.